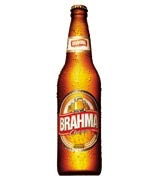 Several South American alcohol brands are set to salsa into UK bars and shops in the next few months, with Brazilian beers and spirits in particular expected to make a splash.

Inbev, the brewing giant formed from the merger of Interbrew and Ambev last year, has declared its intention to make Brazil’s Brahma Beer a global brand and has just handed an estimated $40m (£22m) launch budget to US agency McGarry Bowen (MW last week).

If, as expected, it comes to the UK, Brahma Beer will join Peruvian beer CusqueÃ±a, which is about to be rolled out across the country by distributor Chilli Marketing after a trial in Manchester. Halewood International is already ahead of the pack with last year’s launch of Brazilian beer A Marca Bravara, under licence from Molson.

In spirits, the newly created Sagatiba Pura, a Brazilian cachaca distilled from sugar cane and produced by the company Sagatiba SA, has been discretely seeded in high-end bars since September, as a cocktail or long drink. Distributed in the UK by Coe Vintners, the spirit is expected to receive a bigger marketing push this year. The brand’s launch will feature heavily in a forthcoming BBC2 documentary on its advertising agency, Saatchi &amp; Saatchi.

All these drinks are taking up premium positions and their owners have high hopes that they will deliver good margins and long-term growth, riding on the back of an increased fascination in the UK with South America, and in particular the Brazilian beach lifestyle.

The performance of Brazilian footballers such as Barcelona’s Ronaldinho, travel programmes and themed shopping events from stores such as Selfridges have all fuelled interest. The popularity of South American cities such as Rio de Janeiro is also set to rise in the next ten years as a new generation of lighter, more fuel-efficient aircraft makes them more affordable and accessible for Europeans.

Despite this interest in the lifestyle, there is a question mark over whether European taste buds will appreciate the crisper, lighter South American beers, which should be drunk “estupidamente gelada” or “stupidly cold”. Jamie Lister, director of drinks marketing consultancy Drink Works, says that beers from hot countries sell themselves on “ease of drinking and refreshment”, whereas “British drinkers like interesting brands with a lot of flavour.”

However, he points out that drinkers aged under 30 are now moving towards ease of drinking, creating room for a premium brand that has a lower alcohol content, at about four per cent alcohol by volume, than the northern climate’s top-end lagers such as Carlsberg Export and Beck’s, which are five per cent ABV.

Mexican brands Sol and Corona Extra tried to crack the UK market when they launched more than 15 years ago, but it is lagers from more northerly parts that have continued to dominate the import market, which accounts for 11 per cent of consumption (Mintel 2002). Traditionally, the largest exporters of beer to the UK are the Republic of Ireland, Germany, the Netherlands and France.

Whether the new clutch of lager brands from South America will manage to make permanent inroads into the fickle world of the premium packaged lager market remains to be seen. David Preston, director of marketing premium beers at Coors Beers, says: “There is a nascent specialist lager market that seems to have brands coming in and out a bit quicker than the main brands. Brahma could be one of these. If they give it more focus, it could be bigger.”

Halewood marketing controller Fiona Langan adds: “There is a danger of being just a novelty. You have to be careful how you launch it and make sure you generate consumer loyalty .”

Using the halo effect of fashionable Brazil is unlikely to be enough to generate interest on its own, as Bulmers found when it launched a Smirnoff Ice rival called Bambao, with a white rum base, in 2002 (MW April 29, 2002). The brand, which was “Brazilian-themed” rather than being brewed in Brazil, was pulled after less than three months.

In fact, even though Inbev will doubtless deploy some of the imagery that can be seen in Brahma ads in the beer’s home market – music, dancing girls and a carnival atmosphere – the brewer is careful not to lay too much emphasis on Brahma’s origins. UK marketing director Phil Rumbol says that the brewer is aware it cannot establish the brand based on short-term trends and that it aims to build it around “something that will stand the test of time”.

Sagatiba director of international markets Lucas Rodas is also keen to avoid the more stereotypical images of Brazilian beach party culture. He says that the brand is trying to forge associations with developments in Brazilian architecture, art and design and adds: “We are trying to bring a much broader vision of Brazilian culture than people are usually familiar with.”

Some observers say Inbev’s move to export Brahma globally is driven less by identifying a consumer demand for South American brands overseas than by the necessity to make the most of its now huge distribution network. Chris Wood, chairman of branding company Corporate Edge, which works with Diageo among others, suggests that the decision is supplier-driven and a function of the brewer’s need to exploit the European markets to which Ambev’s brands previously did not have access.

Inbev’s ambitions may prove unrealistic – the idea of a global beer along the lines of Coca-Cola in soft drinks has so far remained illusory. Brands such as Budweiser, Bud Light (not available in the UK after a failed foray), Heineken and Beck’s have presence in many territories, but not mass scale – Bud is seen as the biggest selling brand, but it still only has just over three per cent of the global market by volume. Bud Light has a slightly smaller share. Big emerging markets such as China and Russia have still to be conquered by outsiders (source: Global News and Research for the Drinks Executive).

However, companies continue to make big promises. Hot on Inbev’s heels SABMiller has announced “a global brand strategy” for Italian beer Nastro Azzurro. The UK will be the launchpad, with outdoor, print and cinema advertising promised.

Latest reports suggest that global brewers are negotiating with Bavaria Business Group, which dominates the market in Colombia and is South America’s second-largest brewer. Expect more foreign beer brands from sunnier climes to appear in your local supermarket in the near future.