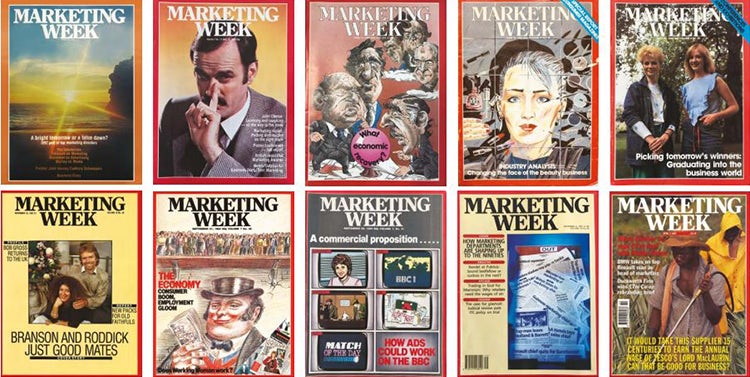 The 1960s and 70s (and into the 80s) were a period of huge change. In commercial terms, business was going through a transformation. Boardrooms that had been dominated by ‘old money’ and number-crunching accountants were giving way to a new wave of seers and an entrepreneurial ethic. Enter the new marketer and a new way of speaking to consumers.

Forty years ago, we were using manual typewriters. There was no internet, no Microsoft, no Google, Facebook, Twitter, LinkedIn, no mobile phones or the social media and software tools we now take for granted.

In 1978, the year Marketing Week launched, marketing was becoming mainstream and a ‘must-have’ discipline for any ad agency or client company wishing to be thought of as innovative or entrepreneurial.

At Haymarket Publishing, where I was editor of Campaign, the late managing director Lindsay Masters bullied his way through the impending launch of Campaign Europe, against mine and others’ counsel.

We argued there was insufficient classified advertising to sustain a weekly pan-European advertising publication. A better vehicle as a weekly would be Campaign’s sister publication, the monthly Marketing magazine, which was published as a joint venture with the Institute of Marketing.

Digital is the shiny new kid on the block and it’s a vastly changed landscape for both clients and agencies.

Masters disagreed and I decided to leave Haymarket to launch a German-style twice-weekly advertising, marketing and media newsletter to be called AdNews (similar to Germany’s Der Kontakter).

While planning AdNews, I received a phone call from an Anthony Nares just before Christmas 1977 saying we should meet. As I recall, he showed me a mock-up front cover of Marketing Week, to which I replied “you don’t need to tell me any more”. In January 1978, we became partners, with Anthony as managing director and me as editor/publisher.

A little over six weeks later Marketing Week was launched, cover dated 10 March 1978, price 40p, with a core, controlled circulation free to marketers, ad men and selected media people. Haymarket tried to torpedo the project with the launch of MarketFact but it was too late.

A golden age for British advertising

The 1970s and 80s were heady times, the golden age of British advertising.

The 1970s also saw the birth of what were then called media independents: The Media Business (Alan Rich and Don Beckett, 1975), John Ayling & Associates (1978), Billett & Co. (John Billett, 1981) and New PhD (Ken New), which together changed the business side of client-agency relationships forever. While dramatically reducing rates charged to clients for media buying it also led to the demise of the 15% commission system (and some would say iniquitous 17.65% mark-up on production costs). The fee system which now exists is much less profitable for agencies and arguably, overall, has not been to the ultimate benefit of either clients or agencies.

Depending on your perspective, The Times newspapers strike (1978-November 1979, which was enormously beneficial to Marketing Week – the ads from The Times and The Sunday Times had to go somewhere) and the breaking of the print unions by News International at Wapping (1986) changed the face of print media with revolutionary pre-press innovations, which could have come into being a decade earlier but for the opposition of belligerent unions.

The last two decades have seen huge consolidation in ad agencies and media buying. Digital is the shiny new kid on the block and it’s a vastly changed landscape for both clients and agencies. At the same time, management consultancies have been whittling away at what was once ad agency revenues. Arguably, they have become the key strategic business advisers for clients and have stolen the ad agency’s lunch.

Is it better overall for marketing? Only time will tell.

Michael Chamberlain was founding editor and publisher of Marketing Week 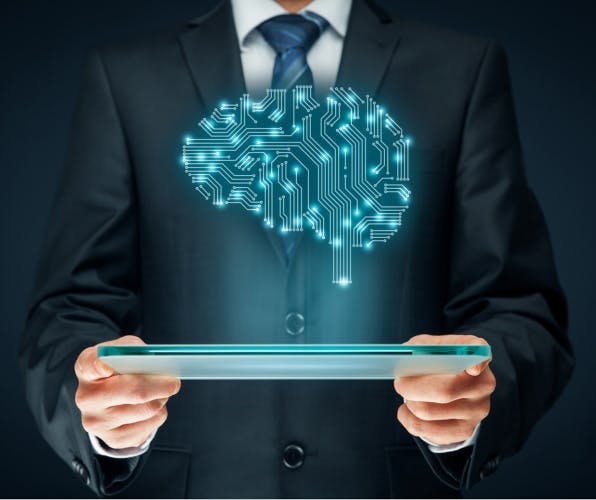 As part of our 40th birthday celebration, we asked previous editors to sum up marketing and Marketing Week during their time at the helm. Ruth Mortimer was editor in the early 2010s as the impact of digital led to real challenges over scale versus consolidation of power, audience versus context and personal versus personalisation.