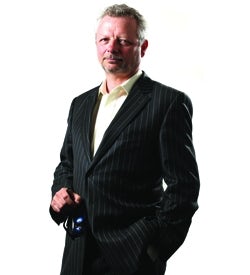 Chris Knight (CK): The UK used to be our largest market, but it did slip, so we have been rebuilding the brand since 2006/07. We’ve really put building the brand back up first before rebuilding sales. We have to do that to get the right type of distribution [through retailers]. So now we have built it up through the website – that really got us out in the market again.
The first channel in which we started to do well was travel retail in the airports. The buyers saw that. If you are sitting there next to the luxury brands and start doing well, then you start getting the sales calls. Then you get the trials and build from there.
This year, we are happy to be back in retailer John Lewis. It’s mostly our core collection which is about a dozen men’s and women’s classic styles of sunglasses. It’s at a good price point too – it has mid-market appeal.

MW: Your unique selling point is your ’polarised’ lenses – do people understand what that means?

CK: People don’t understand it in detail but we have a lenses tester and train people in stores to explain. But I don’t think people really get it until they wear the glasses and then it’s almost like a drug. Once you have started wearing polarised lenses you don’t give up.

Other brands have polarising lenses, but sell them at a higher price point, such as Ray-Ban and Oakley. Apparently [those brands putting in polarising technology] was consumer-driven. That’s good for us, as it provides interest in the sector; we have a very good value-for-money positioning as well.

MW: Where is the Polaroid brand strongest?

CK: The highest brand tracking scores are in Russia. Maybe that is because we are one of the few companies that did brand advertising there early on. It’s a name that goes back to Communist times – when no one could get hold of a Polaroid camera – so it has a kind of magic connotation. Most of our advertising is outdoor, a lot on the subway, at point of sale, press and online. 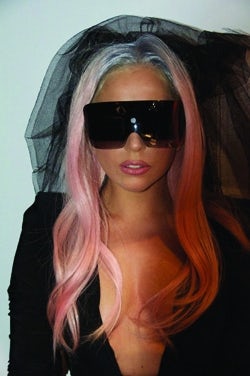 American scientist Edwin Land patented polarising technology in the 1930s, inventing polarising celluloid, a synthetic substance that cuts out glare. The Polaroid Corporation was founded in 1937.

During World War Two, polarising technology was used by military personnel, such as in aviator goggles. After the war, Land was on a beach with his daughter, who asked why she couldn’t print out photographs from a camera, so he turned his attention to producing a product that could. This led to the creation of the Polaroid instant camera.

The camera part of the Polaroid brand has suffered over the last 15 years because of the rise of digital photography, which made instant film less popular. However, it is enjoying a revival with the appointment in January 2010 of Lady Gaga (right) as creative director. Her Grey Line range – revealed in January this year – includes glasses which project out an image of what the wearer is seeing, and a wireless device that can print out photographs taken on a camera phone.

Gaga’s products were launched at the Consumer Electronics Show in Las Vegas, but a roll-out date has yet to be announced. Chris Knight, Polaroid Eyewear sales and marketing director for EMEA and Asia, will be involved in distributing the products in his regions.

The Polaroid Corporation no longer exists as a business. PLR has been in charge of the Polaroid brand globally since 2009; Stylemark has owned the Eyewear division since 2007.

MW: Where is the trickiest area to market yourself?

CK: We are relaunching in the US, which our general manager is looking after, and is using the UK experience as a model of how to do it. Both countries have had similar issues in that the brand had been used to support some mass-market [licensee] relationships in the past and it didn’t work for the eyewear brand very well.

One problem with big American companies is that they will put out huge growth plans and very often miss them by a mile. Then, if you miss the targets, people sometimes say it is a hopeless business and cut [the budget or brand]. But Stylemark [which owns Polaroid Eyewear], being an eyewear company, understands it much better and is taking a five to 10-year view on it.

It is giving it the time because the brand is a big asset for Stylemark.

We have five subsidiaries in Europe and also have distributor markets. In some markets, such as in Australia, it is more of a licensing model. The people who manage those markets report in
to me.

I’m the main node between sales and marketing, and I work with the global marketing group, which is based in Zurich.

What went wrong in the past for Polaroid Eyewear?

CK: “Polaroid UK focused everything on cameras and film because that was 90% of the company and film was a very profitable business. But there was a loss of focus [on the Eyewear division] and eventually the decision was made to put it out to a licensee back in the 1980s and it wasn’t very well controlled.

It was one of those case studies where if you have a licensee, you need very good control. The business didn’t watch what it was doing and it took it downmarket, I’m afraid. It then takes a very long time to recover.

Now our core business is making and selling sunglasses. We make some lenses for other companies, such as Disney. One reason it liked us was that we took the brand into a premium area, as we are stocked by opticians and department stores. I’d love to see the camera film part of the Polaroid business come back as well. Young people are apparently saying they want prints again. For example, the photo printer from Polaroid’s Lady Gaga range could be a really big thing. I’m not sure what the pricing is going to be, but people will be able to send photos to the printer via Bluetooth and won’t have to plug it in.”

MW: What is worrying you at the moment?

CK: We are trying to stay up to date with 3D technology. It’s fascinating – I spend an hour or two a day researching it. I’m in groups online discussing it and commenting on it. One worry would be that if it takes off we need to add a lot of resource to support that business – organisationally on the sales side – and we are looking at taking on more people.

MW: Can you explain what Polaroid is doing in the 3D glasses area?

CK: It is an amazing area. Potentially the market for 3D eyewear is bigger than the sunglasses market. The numbers are mind-boggling concerning the potential of 3D for cinema, TV and outdoor media. If you have the right brand and technology to exploit it, I think it is a market that could be very exciting.

A large part of the 3D [viewing glasses] market will be commodity-based. What we are trying to do is market a premium product that gives extra performance and style.

We are talking to a number of consumer electronics people, including John Lewis, but we haven’t got any firm listings [for the 3D glasses] yet. There is new technology going into TVs which uses ’passive’ polarisation rather than ’active’ shutter technology [which means that one pair of passive glasses can be used to view all brands of TV, rather than active technology, where each type of TV needs a specific pair of 3D glasses to match].

The 3D viewing glasses that Polaroid manufactures are passive. Everything we see happening in the market [is about passive]. I have read that 45% of the Asia market is already passive for 3D TVs. LG put people in a room watching the same sport with active and passive options. And by the end of the session they were all watching the passive TV.

MW: What will be different about Polaroid’s 3D glasses?

CK: We are working with [technology company] RealD, which is very careful about what it will put its name to, because it wants to be known as the best in 3D experiences.

You will be able to buy cheap glasses that will do the job, but we will be selling something that has been engineered to the best standards. We wouldn’t make cheaper packs of five pairs with our branding on them.

MW: How do you use social media?

CK: The key to it is that you are able to target people more closely – you can be there in an interest group so you are not blasting out [the wrong message]. Our agency Marketing Zone manages social media in the UK, connecting with runners via their blogs and cyclists via Twitter, for example.

MW: How do you use your website to sell direct?

CK: It is growing about 20% a year in the UK. We are able to experiment with products that a classic retailer is perhaps hesitant to take, such as some of the sports models or clip-ons. But unlike Amazon, people are not buying every month, they buy once or twice a year. We run a survey on our website to collect data from people on why they buy and what other brands they own.

The website is a good way to get word-of-mouth started. It is a shop window as well for us, but it is less than 10% of our sales. About 30% of web sales come from recommendations.

MW: You have worked in the camera side of the Polaroid business too. Which part do you prefer?

CK: Eyewear is my favourite because it is a smaller division, which means you can contribute a lot and immediately see your effect on the business. In the camera part, you are a small cog no matter what your position is. But in eyewear, you can have a sales rep who has an idea and if it catches on, he could see that product appear on the market next year.

There is a lot of collaboration and a lot of people listening to you in this business – we have a great deal of customer contact. We like our marketing people to see customers, so marketing and sales are very close. 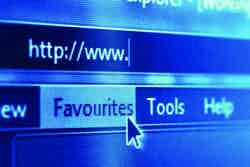 The running theme through this year’s top performers of the Promise Index is offering customers the ultimate in making their lives easier, be it achieved through technology, product innovation and value-for-money service. 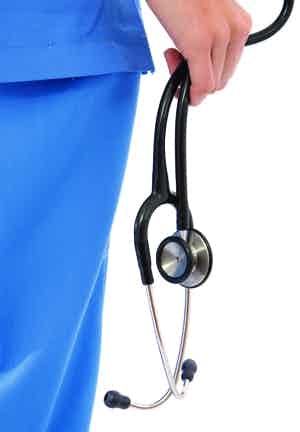 How to improve the health of your brand: The West’s rapidly ageing population means that everyone from car makers to mobile phone networks is looking to create products that can reap rewards in the healthcare market. 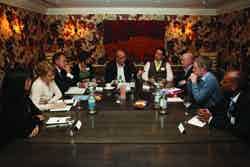 Coupled with the right insight, email marketing is an effective way of engaging existing and prospective customers with your brand. Marketing professionals discuss email marketing in a multichannel environment, including the role of social media and how to work effectively with data.