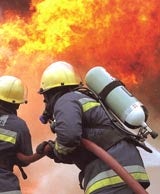 Underwriting in the home insurance sector has been as turbulent as the weather, which has caused increased claims in the past few years in the UK. The overall underwriting loss reported in 1999 is likely to have been repeated in 2000, and insurance companies are having to increase premiums in an effort to return to profitability this year, according to a recent Mintel survey. Home insurance premiums have not risen significantly for four years and providers are now raising rates to reflect increased outgoings.

The domestic home insurance market comprises two elements – buildings and contents insurance. In 1999, UK general insurance premiums totalled &£27.2bn, with property insurance accounting for 28 per cent of that figure, up from 33 per cent in 1997. This relative fall was largely driven by strong increases in the motor and accident/health sectors.

Overall, the UK property insurance sector posted losses of &£412m in 1999. However, Mintel estimates that losses were lower in 2000, since premium income rose sharply, to &£6.6bn.

Companies have little control over claims for major incidents, and the poor underwriting performance in the home insurance sector is partially explained by this rise in costs.

Independent intermediaries – notably banks and building societies – and tied agents distribute just under two-thirds of home insurance (measured by premium income). Brokers, too, retain a sizeable share of the market, as many consumers prefer a face-to-face approach when arranging their household cover. Direct insurance writers have gradually been increasing their market share, and now account for 17 per cent of sales. New entrants are slowly gaining a share of the home insurance sector, with retailers and utility suppliers at the fore.

According to Mintel, half of those consumers with contents cover have been with the same insurer for more than five years and 15 per cent for between three and five years. Customer “churn” in the contents insurance market is still minimal, although those using a direct insurer are more likely to be “switchers”.

Clearly, a degree of inertia persists among consumers. Some 44 per cent agree that it is more convenient to arrange cover with a mortgage, rather than to shop around for a more economical quotation.

The key target group for insurance providers is the consumer aged between 35 and 44, and married with a family. Some 15 million households have buildings insurance and 19 million have contents cover. Mintel estimates that households spend, on average, over &£300 a year on home insurance.

Home insurance is most expensive in Greater London, where the average household pays &£232 in buildings insurance, compared with a national rate of &£158. Apart from the South-east, where cover costs &£179 on average, every other region pays &£152 or less. Northern Ireland has the cheapest average buildings premiums.

Consumers living in Greater London are, however, least likely to have buildings insurance: less than half (49 per cent) own cover.The high proportion of council and leasehold flats in London explains this relatively low penetration. Home insurance, particularly buildings cover, is closely linked to home ownership. This is also true to a degree with contents insurance, as many people obtain a combined policy when securing a mortgage. In turn, home ownership is more common among the middle-aged.

More than half of the population buys contents cover from an insurer or broker. Higher socio-economic groups, such as ABs, tend to favour brokers, while younger respondents use banks or building societies. Those buying contents insurance from a building society are more likely to have a combined buildings and contents policy. Almost two-fifths of respondents buy buildings cover from a high street lender.

Increasing property sales, and the growth in the overall number of households has meant that the number of opportunities to sell home insurance has grown. There are now 25 million households in the UK, with an increasing proportion of people living on their own. Nearly 70 per cent of dwellings in the UK are owner-occupied, with the number of owner-occupied dwellings set to reach 18 million by 2005. The home insurance market is forecast to grow by 20 per cent between now and 2005. Contents insurance is set to grow at a faster rate than buildings cover, and the combined market is forecast to be worth &£6.2bn in 2005.