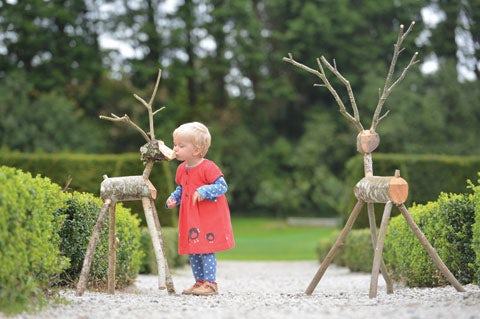 The market for babies’ clothing and accessories has been dominated by supermarkets in recent years, but there’s a growing appetite among consumers for premium products. That demand is being supplied on the one hand by an increasing number of online retailers, and on the other by large-scale specialist stores setting up against market leaders Asda and Tesco.

Morrisons-owned children’s retailer Kiddicare – which started as a family-run, online-only brand – opened a 33,000sq ft superstore in Nottingham in September, the first of 10 planned sites. In doing so, it is swimming against a tide of multiplying web-based operators such as AlexandAlexa, Frugi and IndiaCoco, that are starting to make bigger waves in what is still an immature online market.

Kiddicare’s strategic move into bricks and mortar follows its £70m acquisition by Morrisons in 2011. According to Kiddicare chief executive Scott Weavers-Wright, the point of its planned stores, which are designed by agency 20.20, “is for people to see our range”.

It claims to stock a substantially higher number of product lines than high street competitor Mothercare, whose struggling sales have led to a decision to cut back to 200 stores and concentrate more on international markets. Kiddicare’s ranges currently focus mostly on equipment such as prams and high chairs, but it also plans to expand its clothing lines by stocking Morrisons’ new Nutmeg childrenswear brand, due to be launched in March 2013.

The childrenswear market will grow by 6 per cent in the next four years, according to a Mintel report. Premium products will be particularly attractive, Mintel says, because more parents are putting off having children until their 30s, when they are more financially secure and thus able to pay higher prices for upmarket brands. According to Alex Theophanous, chief executive of online retailer AlexandAlexa, this trend has coincided with new luxury fashion lines for children being launched by upmarket designer labels in recent years.

“Five years ago, many of the designers didn’t have childrenswear collections. Hugo Boss, Chloé, Fendi, Marc Jacobs and Stella McCartney are examples of brands that have only started offering childrenswear in the past couple of years, so we are seeing a lot of PR, a lot of interest and a lot of space in department stores dedicated to childrenswear now that wasn’t there before,” he says.

AlexandAlexa was founded in 2007 by Theophanous and his wife Alexa with a narrow focus on these luxury clothing lines for children. But the growth of the online-only business and demand from customers has led to expansion into areas such as sports and toys. Theophanous now regards the brand as a “department store for kids” (see Q&A, below). 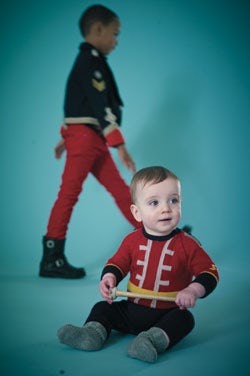 The company is now selling designer product lines in international markets through its websites and, like other luxury brands, sees its future in serving the global fashion market. It is not the only UK childrenswear brand to show international ambitions. Mamas & Papas and JoJo Maman Bébé have both developed wholesale operations, selling their own-brand clothing to stores and distributors worldwide.

According to Claire Harper, former marketing director of Mamas & Papas, the company’s model of expansion through owned stores, franchises and wholesale distribution is a complex one for a brand to manage. Making sure its image was “seamless and consistent in every channel” was Harper’s most important task, but she adds that it has been worth it, given the popularity Mamas & Papas has enjoyed with consumers abroad.

“When I launched Mamas & Papas in New York, they went crazy for it. There is a real trend at the moment for British brands,” she says.

After leaving the company, Harper has latched on to this appetite for premium children’s brands and has launched her own start-up, IndiaCoco. Founded four months ago, the online retailer sells a carefully curated collection of independent or up-and-coming British baby clothes brands. She has already turned down supplier offers from well-known labels, she says.

“I wanted to be selective about the types of brands I work with. Chemistry with these suppliers is very important to me, because they’ve got to share my values,” she says.

Harper believes that having this point of difference is particularly important for succeeding in the online baby clothes market, alongside the stocking of high-quality products for which premium prices can be charged. That view is shared by Kurt Jewson, co-founder of Frugi, which positions itself on the basis of products manufactured from organically farmed cotton, at facilities where workers receive a living wage (see Q&A, below).

At JoJo Maman Bébé, founder Laura Tenison says the company hasn’t given up on bricks-and-mortar stores as a growth market for childrenswear. In fact, she says that the brand has been opening between eight and 12 stores a year, and intends to grow its footprint on the high street further. It currently has 50 stores, which are typically in London suburbs or county towns with a high density of young children, and easily accessible with nearby parking.

The retailer’s unique selling point, she says, is face-to-face customer service, enhanced by particular attention to staff training and product knowledge. “We are, in effect, a mid- to upmarket mother and baby store really concentrating on being a specialist rather than a mass-market multiple retailer,” she says. “Our store managers have the ideals and customer service an old-fashioned independent nursery retailer.”

JoJo Maman Bébé started as a mail order firm and it has since added physical stores that now make up more than 60 per cent of revenue — store sales are increasing faster than website sales. But this is a consequence only of the growing number of shops, Tenison says. In like-for-like terms, sales are growing faster online.

With the prevailing winds blowing customers towards ecommerce and away from the high street, the strategies of JoJo Maman Bébé and Kiddicare seem counter-intuitive, even though bricks-and-mortar stores still make up most sales in the UK. Mothercare is also likely to sharpen up its high street offer under a new management team, to become a stronger competitor.

Distinguishing themselves from the competition will perhaps be even more important to these brands than to those who have devoted their attentions entirely to the web. Either way, getting into this market is clearly not child’s play. 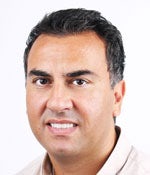 Marketing Week (MW): How quickly is the online market for children’s clothes growing?

Alex Theophanous (AT): Three or four years ago, only around five per cent of the childrenswear market in the UK was online. About a year ago, it had jumped to 15 per cent online. It is certainly lagging behind the women’s fashion market, but it is growing faster in terms of penetration online.

There is still room for growth, and in the luxury market it is not just about the UK. There is now a global shopper who is looking for global brands, and there are 850 million ecommerce users around the world. That is our market, and we have an opportunity to build a huge business around that.

MW: Why do you think online childrenswear is growing so fast?

AT: One reason is that the designers in fashion have all systematically started to introduce childrenswear collections. Because the brands that sell these luxury products do not offer their products to many online businesses, there are a handful of operators doing very well out of it. The second thing is a more organic move within retail towards online.

MW: Why is online shopping so appealing for consumers looking to buy baby clothes?

AT: For parents, online is the best channel for shopping. We are busy, we have children that we want to spend lots of time with in the evening and at weekends, and the idea of taking the children shopping always filled me with dread. Whether I was buying them sports stuff, toys or clothing, I never wanted to put my children in the car and take them to London.

MW: Why do you think brands such as Kiddicare are moving into bricks-and-mortar stores when online growth is so fast?

AT: I can’t speak for Kiddicare, but from our perspective we don’t see the benefit of opening a big offline presence. What we have seen in the market is the concept of pop-up stores. It is very difficult now for high street operators to do well and, therefore, space is becoming available where perhaps it wasn’t before. Landlords are offering those premises on much more flexible terms. 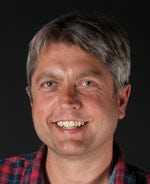 Marketing Week (MW): How significant is ecommerce to retailers of baby clothes, and why?

Kurt Jewson (KJ): The amount of orders we receive by non-web-based means has decreased dramatically since we began in 2004, when we still had a ‘fill out and return’ paper order form included in our printed catalogue.

The development of broadband and research into ecommerce best practice has certainly had an impact in why web-based sales have increased. Sites now are also fast, photo-rich and enjoyable places to spend some time. You can dig further into a brand and get interested. On the Frugi website you can learn about our ethics, our organic cotton manufacturing process, our charity donations and really get a feel for what we are about.

MW: How do you differentiate the Frugi brand online to avoid your products becoming commodities?

KJ: Consumers are looking for quality products, customer service and innovative design in their online purchases. If they want cheap and cheerful, then the supermarkets have this sewn up and that’s not a place where Frugi would ever be. Frugi was one of the first brands to promote the use of organically grown cotton, and supporting small-scale farmers and ethical manufacturers is at the heart of what we do. This concern for people and the environment does mean that Frugi clothes can cost more than others.

MW: How does Frugi’s sourcing of organic materials feature in the brand’s marketing?

KJ: In marketing terms we have a unique story to tell. It is rare among clothing brands to discuss their manufacturing partners and their ethics in the same breath as talking about their latest designs. But at Frugi, this story is one and the same. Our desire is to be the most desirable and trusted clothing brand on the planet.

Marketing your message is key in all online material; be it your website, blog, twitter account, Facebook page or email campaigns. Tell the world how great you are, exceed expectations, innovate and keep customers engaged. 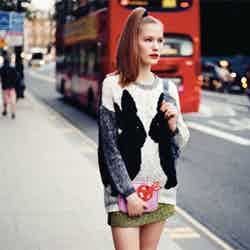 Premium and more basic brands forming partnerships is a growing trend, appealing to consumers who want to get the best of both the high and low-end, and brands that are aiming to expand their reach