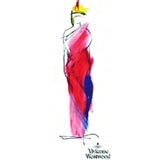 The changes are part of a raft of measures designed to ensure that the music industry bash, now in its 28th year, remains relevant to young music fans in an age of digital downloads and reality television.

The awards, which switch from Earls Court to the 02 Arena next year, will feature an “all new” MasterCard British Album Of The Year award that will receive more attention throughout the ceremony.

The gong will also be the last of the night handed out, at the expense of traditional show closer the Outstanding Contribution award, which is to be dropped next year.

British designers will also be offered a “blank canvas” to restyle the awards statues each year with the inaugural makeover handled by fashion designer Vivienne Westwood.

Apple’s iTunes, along with Global Radio, will become the awards’ first digital sponsor, backing the Single Of The Year award.