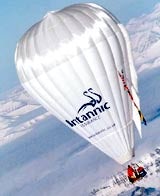 Britannic Assurance head of marketing David Newman, has been promoted to head of channel management following a cull of the direct sales force.

Newman will be responsible for developing marketing channels for Britannic’s life assurance policies. The channels are: workplace marketing (selling financial products in the workplace); selling through third parties, including the Britannia Building Society and estate agent Spicer Haart; and selling through independent financial advisers.

This follows the demise of the company’s door-to-door sales force, which last month resulted in 2,000 redundancies. The sales team has been cut to 100 staff.

Last year the company reported pre-tax profits of £174.5m, up 7.5 per cent from the previous year. It expects a 40 per cent drop in sales this year, but says the development of channels will see it return to last year’s profit level by 2003.