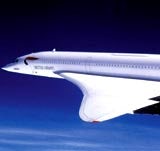 British Airways has created a marketing team solely for Concorde, in a bid to ensure the plane has a smooth return to service later this summer.

BA head of communications Kate Gay and representatives from Concorde’s crew and cabin services will work with Turpin.

The airline was unable to give details of the team’s work. A spokeswoman for BA says: “The team was only put together last week so they have not even talked about what form the marketing strategy will take.”

The spokeswoman adds that the department had been set up to co-ordinate Concorde’s return to service, because the company had experienced a lot of interest from the media and Concorde’s frequent flyers.

All seven of BA’s Concorde planes were grounded following Air France’s fatal Concorde crash outside Paris last July, in which 113 people were killed.

The grounding has cost BA more than &£100m, although this does not seem to have affected the airline’s profits, which last week were revealed as &£150m before tax, compared with &£5m last year.

HJ Heinz’ European retail chief, Nigel Clare, has quit the grocery giant following a global restructure. It is not known whether Clare has another job to go to. He was unavailable for comment as Marketing Week went to press. Clare was only appointed chief executive of Heinz’ European retail division in February this year (MW […]

Everybody knows what it’s like to wake up the morning after a night out with the nagging feeling you’ve just agreed to do something you’re going to regret. Spare a thought, then, for poor old Citigate Albert Frank director Jeremy Prescot, who is currently in training for a three-day, 235-mile bike ride from London to […]

The Diary hears that PR agency Red Rooster has been appointed to handle the UK and European launch of a “revolutionary” new product called Ultrabite. However, for the benefit of our undead readership, this is not a product developed for the pan-European vampire population. In fact, as Red Rooster explains, Ultrabite is actually a new […]