The British Army is hoping that it can inspire a sense of confidence among a fresh generation of potential recruits with a new campaign taking on the pressures of modern life.

Devised by creative agency Karmarama, the fourth execution of the ‘This is Belonging’ campaign shines a light on the long-lasting sense of confidence that can be achieved through being in the Army.

Designed to run throughout the full recruiting year, the ‘Confidence that lasts a lifetime’ campaign launched yesterday (2 January) on YouTube and social media, with the advert making its TV debut on 4 January. The ad follows the metaphorical journey of a soldier confronted by the distractions of quick fix confidence hits, from the latest pair of trainers to the temptations of a big night out.

These unsatisfying shots of confidence are set in stark contrast to the encouragement he receives from a fellow soldier, demonstrating the “unshakeable confidence” belonging to the Army can offer.

Recruiting Group (part of Capita) CMO Nick Terry, explains that over the past three years the strategy has been to move the This is Belonging message on, while still resonating with the core idea which has proved “phenomenally successful” in terms of driving the volume of applications to join the Army.

Marketing That Matters: The inside story of the Army’s ‘Belonging’ recruitment campaign

“We need to make sure we’ve got enough people coming through the process, but equally the focus is on how we convert more of those through to basic training and that’s where we’re seeing all of those components come together really effectively,” Terry states.

“This year we are trying to build on the core idea that’s proved to deliver over the previous three years.”

To gain traction with the core 18- to 24-year-old demographic, the campaign taps into the aspects of life relevant to Gen Z, from the lure of social media likes to the pressure to get ‘beach body ready’, but Terry can see the search for long-lasting confidence appealing to older demographics as well.

“Generation Z are an important audience and the campaign does seek to challenge some of the quick hits of confidence that this generation typically face in their day-to-day lives, but they are also typical to a broader audience as well and the core idea about self-belief is based on a human psychological truth about the importance of confidence in unlocking potential,” he states.

“That’s why we’re going beyond that core audience to broaden that appeal to a wider group and also we’re expressing that in different ways, with different parts of the campaign.”

Mirroring the tone of the TV ad, the out-of-home posters are designed to grab attention, get people talking and generate awareness around the core idea that the confidence that comes from being in the Army can last a lifetime. These elements are supported by a series of films and radio spots, increasing engagement through partnerships and events, and telling the story via digital display, CRM, search and social.

Terry explains that Capita has spent a significant amount of time working with its media planning and buying agencies to ensure an effective media spend that appears in “the right places, with the right message, at the right time”.

“We do econometric modelling twice a year to really understand the effectiveness of how our media performs and we use that to adjust our strategy or our budget for the following six months,” he adds.

“We also use digital attribution to optimise performance as we go, so we’ve got a sophisticated media model running in the background.”

Working with Karmarama, Capita wanted to land a message that stayed true to the sense of belonging, but also resonated with today’s culture.

The team looked at the unique personal benefits that being in the Army can offer, which went beyond generic messages about skills and career benefits, explains Karmarama senior planner Rhonwen Lally. The idea was to push for an emotive message with the power to generate conversation and earned media.

The basis of the concept came from speaking to serving soldiers who talked about the strong sense of confidence that came from the bonds of support they forged, the encouragement they received from their peers and leaders, as well as the power of mental resilience training, a programme every soldier goes through to learn essential psychological skills.

“These were the different, unexpected emotional benefits we found at the heart of Army life,” says Lally. “We then explored research about the audience and culture to look at this in other areas of life.”

This research showed that self-belief is a powerful psychological factor in determining success and 89% of Gen Z believe that self-confidence is important to achieving success, but 80% admit it is hard to find. Based on this insight team could see the potential of showing young people a route to long-lasting confidence.

“It’s something we see day in, day out working with candidates. This transformation happens before your eyes from someone starting on their first day of basic training to when they finish,” says Terry.

“They’re like a completely different person and they carry themselves that bit differently, they’re equipped with skills that will take them through their Army career.”

The This is Belonging platform has proved highly successful for Capita over the past three years since it kicked off in 2017 with a campaign showing the camaraderie of army life aimed at widening the recruitment pool by moving the message away from guns and tanks to more human experiences.

A year later the goal was to show the benefits that belonging unlocks, challenging the stereotypes of who belongs in the Army and showing how these bonds can bring out the best in people. By 2019 the campaign was calling on ‘snowflakes’ and ‘selfie addicts’ to join, promoting the idea that a sense of belonging allows potential to be spotted and channelled into something that matters.

Last year’s campaign drove 95,000 applications in nine months and the highest number of recruits started basic training in September 2019 in the past 10 years.

“Each year we’ve sought to find that new, fresh cultural relevance that tapped into growing cultural themes and enables us to show further benefits of belonging,” Lally adds. “It’s important to show different sides to this benefit of belonging and express it in different ways.” 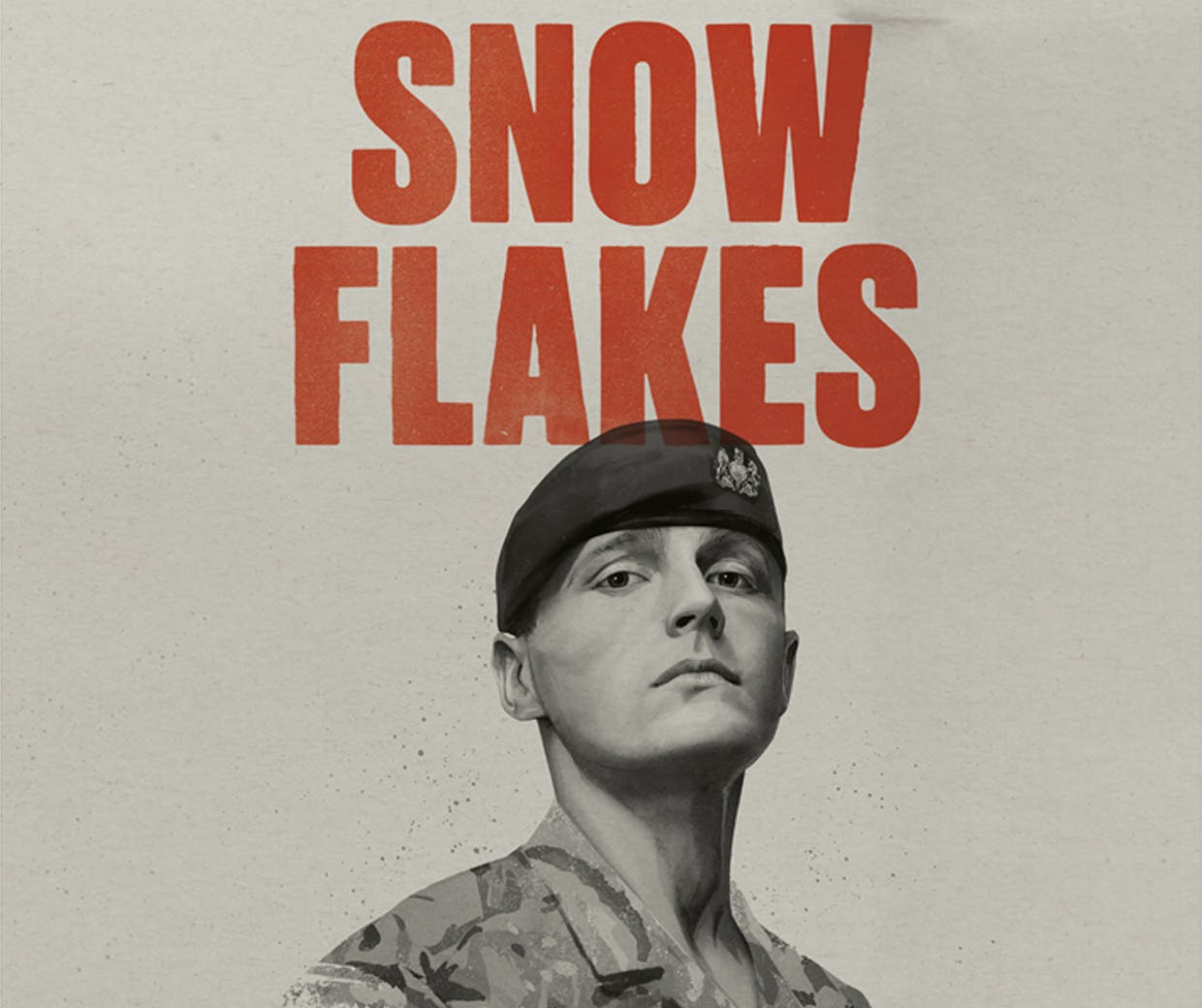 The British Army has seen application and recruitment numbers peak since the campaign launch but of equal value is a shift in perceptions of the appeal of a career in the army.