“Normal Day” features a 60-second TV spot and three documentaries created by Engine which highlight the work of the Army around the world in an effort to improve awareness and understanding of its role in geo-political and social conflict and community-building.

Supported through print media, billboards and digital, the TV ad shows the “unsung roles” of the Army in restoring normality to communities that have come under threat both at home and abroad, while the documentaries show real-life examples of the impact Army personnel have had on people’s lives in the UK, Kosovo and the Philippines.

The campaign also looks to support the Army’s ongoing recruitment effort by coinciding with its seasonal drive to promote part-time roles with the Army Reserve. The recruitment push will involve a refresh of the Army’s JWT-created “More than meets the eye” advert.

“Normal Day” is based on research done by independent market research firm OnePoll in December, which showed that 20% of Britons believe the Army is less relevant now than ever before.

It also showed that respondents thought the Army spends most of its time peacekeeping and fighting the UK’s enemies instead of on humanitarian aid and disaster relief.

According to the British Army, ‘Normal Day’ is an effort to reduce the “deficit in understanding” surrounding its roles and build more positive informed attitudes towards the Army, hopefully converting this positivity into an active interest in joining.

However, its creative is a move from traditional recruitment-led Army campaigns, which have focused on the benefits and job roles of the Army.

Brigadier Nick Orr, the Army’s head of communications, said: “We have launched this campaign to improve understanding about what the Army does, but also to showcase the people that make our Army the force it is for good. These skilled men and women help to ensure normality is preserved for people at home and overseas and this campaign helps bring that to life for a modern audience who, in part at least, may question its future role and relevance.

“While we recognise the clear need to adapt and change with the times, our role and relevance is enduring. The Army is as relevant now, if not more so, than ever before amid these incredibly complex times.”

While the number of full-time staff is expected to continue to decline as part of an Army restructure, the Army will continue to actively recruit.

The Royal Navy has appointed AKQA as its lead digital agency, working on strategy and redesigning the force’s website. 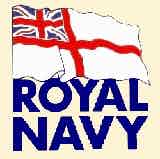 The Royal Navy is launching a Trainspotting-themed TV campaign to attract recruits, voiced by the Royle Family actor Ralf Little.

Airfix, the model kit brand, has signed a licensing deal with the Royal Navy, which will give it access to exclusive content and non-sensitive plans and designs. It is the first time the model maker has agreed a formal deal with the Navy, although it already has relationships with parts of the RAF, including the […]