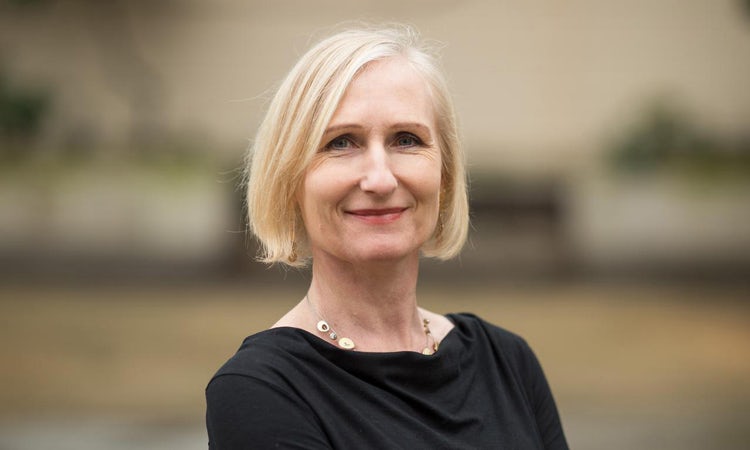 You would be forgiven for never having heard of the British Council, let alone being able to describe what it does.

But at a time when Britain’s role on the world stage is dramatically changing as it prepares to exit the EU, it has rarely been more important that the organisation’s core message is spread and understood across the world. That’s the reason global marketing director Hilary Cross is spearheading a total restructure of its marketing model, with the aim of creating a cohesive and consistent international brand.

The British Council is the nation’s global charity for international cultural relations. It focuses on building relationships between Britain and the rest of the world, to the “mutual benefit of both parties”, by promoting a wider knowledge of the UK and the English language.

From running summer camps in India to teaching English in classrooms across Egypt, hosting arts events in South Korea and partnering with the Premier League to empower girls and women through sport, the British Council has a footprint in more than 110 countries.

“We’re a global brand so we want people to know who we are and what we do, and many people don’t. Awareness of our name is quite high but if you quizzed people about what the British Council stands for, few people can really describe it,” Cross tells Marketing Week.

Despite the insular nature of debates around Brexit, the British Council’s aim is to ensure people know and experience Britain as an outward-looking and globally engaged nation. But to achieve this today requires an entirely rejigged marketing and communications team.

Cross is the first to acknowledge the restructure was always going to be a momentous task but says it was something that needed to be done – and done now. At a time when the fallout from Brexit looms and as the UK’s shaky relationship with Russia continues to make headlines, international cultural relations have rarely been more important for the country.

“We’re living in a time when people are becoming more nationalistic by putting up barriers. Our aim is to break those barriers down despite what’s happening on a political level,” she says.

“The field of international relations is becoming more and more relevant in society today. Effective communication between countries is a key to making beneficial relationships and ensuring a safer world as a result.”

Cross joined the British Council in 2015 from cancer support charity Macmillan, initially taking on the role of director of strategy and engagement before being promoted to global brand director in April, when she was given the power to really shake things up.

Cross says she took a lot of what she learned at Macmillan into this new role, such as achieving brand awareness at scale by viewing marketing as a business driver, not a business cost.

“At Macmillan, I learned about the importance of brand and the long-term impact of developing a brand. We aimed high and we had a big job to do, so it took six to eight years to really grow the brand, and that means having tenacity,” she explains.

As part of her brief she looked at how the British Council was doing marketing and realised that while there were some pockets of brilliance, it did not have a standardised approach. For instance, the British Council had more than 500 employees across 372 job titles and overall brand understanding was quite low, while no one really knew how much they were spending globally. However, Cross estimates they were forking out £34m of “traceable marketing spend” each year, which was spread across more than 2,000 different suppliers.

We’re living in a time when people are becoming more nationalistic by putting up barriers. Our aim is to break those barriers down.

“You could have said we had 110 different ways of doing marketing because our brand was being represented differently in every country. No one was working together or learning from each other and each individual team was going out and commissioning work,” she says.

Dubbed the ‘Centre of Excellence’, the British Council’s new marketing model features a designated marketing team and director for each of the seven global regions it covers. Cross has eight people directly reporting to her including marketing operations director Eda Colbert who directed the marketing transformation project.

She has also brought in a dedicated brand director and head of global market research and insights, as well as a new reporting system.

The brand transformation involved all 500 staff, and people in all roles had to be aligned to ensure they understood the project and how they could get involved. But getting them all on the same page was no mean feat, says Cross.

“It’s important when doing transformation at this scale that you do it quickly enough to make sure people don’t feel like they’ve been left in limbo. The challenge was building a senior team and having people below that wondering what was was going to happen and asking things like ‘What does this mean for me?’ or ‘Am I going to have a job?’.”

However, she adds: “I don’t think we had any real dissent because our approach was so clear, but if there’s one thing I’ve learned it’s you can never communicate too much.”

Working across seven regions and in more than 100 countries means trying to maintain a cohesive marketing message, as well as tailoring campaigns to suit the target demographic within a particular location.

The British Council offers a breadth of opportunities, meaning if you’re in Egypt you might be learning English, in China you might be taking an exam and in Colombia you could be attending an arts event.

This means digital marketing channels work in some places while traditional methods are better in others, which is why Cross says it is essential to use core understanding and insights about local audiences.

“We always want to make sure we have this articulation of our core brand as part of whatever interaction you have with us – not three different touchpoints so you don’t recognise it as the same organisation,” she says.

“The consistency comes in making sure we don’t have all our teams going off and developing different individual products. We must be the same core brand all the way through so wherever you are and whatever event you attend it still feels like the British Council.”

The British Council’s objective moving forward is to continue building bridges where people don’t really understand each other. Cross claims it is culture that brings them together.

“This year we are needed more than ever. We need for the world to continue to broaden relationships. We need the rest of the world to recognise that a relationship with Britain is worth having and that we’re a welcoming and open place,” she says.