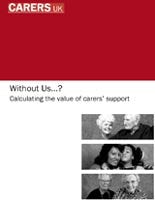 In an effort to be seen as a socially responsible energy company, British Gas has teamed up with charity Carers UK to launch the Energy for Caring initiative.

The scheme will use British Gas energy bills as a medium to provide information on the support and benefits available from the Government to people who care for the ill, old or disabled at home.

A British Gas spokesman says: “We believe this is the first initiative of its kind and also the first time that an energy company has used bills to really reach out and talk to its customers.”

Under the initiative, information on British Gas and Scottish Gas energy bills will encourage customers who look after someone to call a special helpline number for advice on the support available. Advice will be available on a range of carer-related subjects, including the availability of financial assistance and information on local support groups.

Carers UK chief executive Diana Whitworth says: “Every year, 2.5 million people in the UK become carers, and 7 million people look after someone, saving the Government about £56bn a year. Reaching those people who look after someone, but do not necessarily define themselves as carers, has always been difficult. This initiative promises to reach thousands of extra carers through a simple mechanism.”

Companies that wish to motivate their sales staff with rewards are discovering the utility of online incentive schemes – they offer speed and convenience for companies and staff alike. And they are a valuable information source for the former,