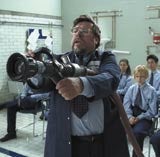 Centrica-owned British Gas has shifted head of marketing and sales channels Charlie Herbert to the new role of head of sales and channel management as the utilities company focuses on customer acquisition and retention.

The move comes after it was reported that British Gas had lost over 1 million customers on the back of recent price rises.

Herbert’s move is part of British Gas’s recent restructure, which saw the company separated into two divisions: residential home energy and home services. Observers in the industry say that price hikes of 15 per cent, and the recent announcement that British Gas had lost 500,000 customers this year, have prompted the management restructure.

Meanwhile, head of brand Jane Bednall has taken over responsibility for all marketing communications at British Gas, including above-the-line marketing and agency management. She reports to director of brand and marketing Nick Smith, who was previously director of marketing and strategy.

The home services division has a separate management team, after Jeanette Bell was appointed marketing director.

Herbert says of the restructure: “British Gas has been fighting back successfully against its competitors. My job is to continue to build our sales capacity and offer the valid reasons customers need to join and to stay.”