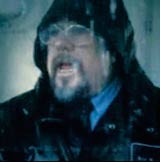 British Gas is attempting to regain lost ground as a home services provider by launching an advertising campaign for its online home management service, house.co.uk.

The ads will break in cinemas at the end of this week and will be rolled out as a television campaign next month. This is the first major push for British Gas as an online home services provider, after rivals such as npower decided to concentrate on their core energy business (MW January 23).

The campaign will also be a first for the utility provider’s online billing service, which promises to save customers &£5 a year.

Clemmow Hornby Inge, which won the &£30m British Gas advertising account earlier this year (MW May 8), has created the new ads, which feature Ricky Tomlinson and carry the strapline “Do the right thing”. British Gas has used Tomlinson in previous ad campaigns. Media buying and planning is through Carat.

British Gas marketing director of strategy Andrew Mann says: “The ads clearly demonstrate our move from being an energy provider to being a service brand.”