The media agency was reappointed following a final shoot-out against ZenithOptimedia and Mindshare. It has held the British Gas account since 2002.

The move comes after British Gas completed a restructure of its senior management team, which included the creation of a British Gas Services managing director position, which will be filled by current commercial director Chris Jansen.

The development of British Gas’ new smart-energy business will be left to Dean Keeling, who is leaving his post as brand director to take up a new commercial marketing role that reports to Vlemmiks.

Vlemmiks says: “So far, the marketing team has played a tremendous role supporting the transformation of British Gas in the eyes of its customers.  These changes give us the opportunity to be even more responsive, innovative and creative in improving the customer experience and growing the business.”

Sainsbury’s has reported a 7.6% increase in total sales in the 12 weeks to 12 June, buoyed by the success of its Nectar card loyalty scheme and its sponsorship of the 2012 Paralympic Games. 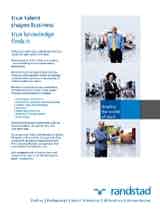 Recruitment giant Randstad, owner of agencies Major Players and Pareto Law, is launching a multi-million pound integrated marketing campaign to build the brand in the UK.

It seems that every year of this century has been dubbed “the year of the mobile”, but for advertisers the maturity of smartphones is quickly opening up new advertising revenue streams that make it a potential reality.