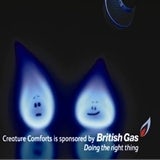 The project will run from between three to six months, with residents using remote consumption monitors the size of a small alarm clock. They measure energy consumption in either kilowatts per hour or pounds and pence as electricity is used, but do not give a running total.

A British Gas spokeswoman says: “The aim of the trial is to help adapt and change consumer behaviour. Few customers are willing to look under the stairs, in a cupboard or outside to check energy consumption. With a hand-held device perception is immediate. Once you put the kettle on you can instantly view how much more electricity you are using.” British Gas is testing its devices following concerns that consumers will not be able to understand or translate the information available on other smart meters.

Earlier this year EDF Energy began what it claimed was the first UK smart meter trial. However, providers such as npower have installed smart meters in the past (MW September 7, 2000).

Both the Government and Ofgem see smart meters as a potential weapon in the drive to reduce energy consumption and carbon emissions.