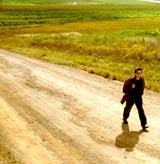 British Gas, owned by Centrica, has announced the launch of its first “heavyweight” gas customer retention campaign, understood to have been prompted by tough competition in the domestic market and reports of a dwindling market share.

A recent report by Datamonitor called “Market Share Monitor – Domestic Gas Commentary”, says that by the end of January, 29.7 per cent of British Gas customers, equivalent to almost 6 million customers, had switched over to another supplier since deregulation.

The British Gas campaign, the biggest since June last year, has been created by BMP DDB, and will break on Good Friday, April 13. Media is through OMD UK.

The campaign tells customers that nearly 2 million people have decided to come back to British Gas, and that they are making decisions based on more than just price.

A spokesman for the company denies the campaign was triggered by reports of tougher market conditions. He says: “We have found that customers are switching their suppliers more than once, and about half of these are coming back to British Gas.”

He adds: “To begin with, British Gas had a 100 per cent market share but once the market opened to competition, other companies would obviously gain a share in that market.”

The Datamonitor report also shows that, overall, the domestic gas customer base in the UK has increased by 0.2 per cent from 20.03 million households in November last year to 20.07 million in January this year. There were 40,400 new connections.