Efforts by British Gas to shift public perception of the utilities company by rebranding its fleet of vans is part of a “change agenda” to transform the business, says brand director Dean Keeling.

Keeling says the next three to five years will be a “transformational journey of the business, brand and reputation”.

The rebrand of its 10,000-strong fleet of vans is a “symbol of change” for British Gas because they are the brand’s local touchpoint with customers around the UK.

Despite improving what Keeling calls the basics of customer service, halting declining market share and growing customer levels in the past three years, Keeling says there is still a lot for British Gas to do and inducing “a reappraisal of the brand in customers’ eyes” is one of the challenges.

He says that because British Gas is a former monopoly, everyone has heard of the brand but it is often viewed as old-fashioned. The company’s mission is to systematically modernise every aspect of the business and make customers feel more positive about the brand – from the high-impact interactions through bills down to minor areas of disgruntlement.

Keeling believes that the utilities sector is catching up with other sectors, such as retail, in terms of becoming more multichannel.
“Multichannel is successful for retailers because it gives customers choice. The same should be said for utilities. We should be available where the customer wants to interact.”

He says British Gas has become more multichannel through billing formats and iPhone apps as well as initiatives such as its customer panel and “British Gas Living Room” concept, which returned the brand to the high street to give customers a face-to-face connection channel. 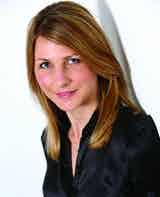 Teresa Pereira, senior director of European market development at Blurb, explains how small businesses can create a big brand with some simple but effective online tricks.