For some brands, the label ‘Made in Britain’ is a core element of their identity and a selling point for consumers around the world. Since the Brexit vote last summer, though, in which the UK voted to leave the European Union, the very meaning of Britain and ‘Britishness’ has been called into question.

Supporters of leaving the EU have suggested that Brexit marks a moment of “patriotic renewal” for Britain, as the country reasserts its independent institutions, culture and national identity. Opponents, on the other hand, claim it is a regressive and isolationist move for ‘Brand Britain’ that involves abandoning its outward-looking traditions in favour of narrow self-interest.

So what does all this mean for the countless brands that trade on their British heritage and use it as a key branding and marketing tool? A new report by WPP marketing agency The Partners, seen exclusively by Marketing Week, claims that “British brands are experiencing an identity crisis” in the wake of Brexit. It argues that the referendum result is a “compounding factor” within a longer-term trend that has led many brands to underplay their Britishness.

Sam Evans, associate strategist at The Partners, suggests that many brands are unsure of how to convey their British identity following decades of “top-down attempts to rebrand what Britain is”. This includes the dual identity, forged in the Thatcher era, of conservative social values mixed with liberal economic policies that promoted experimentation and innovation.

Brand Britain seems to be stronger than ever [post-Brexit].

The ‘Cool Britannia’ era that emerged with the ascent of New Labour in 1997 continued this economic approach but also cast Britain as a more socially liberal, multicultural and confident country on the global stage. Brexit appears to be a reaction against this identity, resulting in another reset of what Britishness really means. For Evans, these historical factors have resulted in “muddled values” and reluctance among British brands to “nail down what Britishness is”.

A survey of 1,000 UK adults, conducted for The Partners by Lightspeed GMI, shows that just 25% of people regard a brand’s British heritage as the most important factor in their purchase decision. This compares with 54% that attach most value to the quality of the product, 36% that value customer service and 29% that care about the brand’s individual culture and values.

However, the report also identifies a number of paradoxes in the way that people view and value Britishness. Although 70% say they are not concerned about foreign companies taking over British brands, 42% agree that brands should emphasise their Britishness more in the wake of Brexit in order to appeal to a wider range of global consumers.

Evans argues that brands can take advantage of the contradictions at the heart of British identity in order to redefine Britishness on their own terms following Brexit. This could involve combining traditional notions of heritage with “fresh themes and attitudes” that enable brands to resonate with new audiences while still engaging their existing base.

Commenting on the report, brand consultant Lynn Scrivener noted that many British brands do not explicitly point to their national heritage, but that this is often present as a mark of their quality and craftsmanship. “Brands like Land Rover, Aquascutum, Dyson, Rolls Royce – they don’t explicitly shout about their Britishness, but it’s implicit in everything they do.”

Besides the continuing resilience of the UK economy, which has defied expectations by recording robust growth since the referendum, there are signs that iconic British brands are thriving in the post-Brexit world. In part this is down to the devaluation of Sterling, which has made British goods cheaper to sell abroad, but it also reflects the strength of brands that trade on their domestic heritage.

Burberry reported a 30% jump in sales in the three months following the Brexit vote, while fashion and homeware brand Cath Kidston is pressing ahead with rapid expansion overseas. The brand, which uses quintessentially British designs on its products, such as red double-decker buses and floral prints, has opened stores in a wide range of emerging markets in recent years.

“Brand Britain seems to be stronger than ever [post-Brexit],” says marketing director Sue Chidler. “We continue to see huge demand and support from our customers overseas, especially in Japan and India, two markets we are expanding in, where quintessentially British brands like ours are very much in demand. More recently we also have seen an increase in footfall in our more ‘tourist’ sites such as our flagship store in London.”

Meanwhile Harrods’ head of marketing Sophie Murray believes “luxury British brands will continue to do well following Brexit” due to the large number of international shoppers who are still attracted to the UK. “With such a diverse clientele currently shopping in London we will ensure our marketing strategy is tailored accordingly,” she says.

Harrods has honed its British identity by combining traditional values with a constant drive to reinvent the store for modern domestic and international visitors, claims Murray. “For example, customers today are still greeted by our ‘Green Men’, who have been part of the Harrods brand for over 100 years, yet enter a store that is stocked with the most modern brands in state-of-the-art surroundings.”

A survey of 4,500 international travellers by tourist board VisitBritain, conducted after the EU referendum, found that more than half of people were more likely to visit Britain than before the vote, largely as a result of favourable exchange rates. Flight bookings from China to the UK for January to June 2017 are up 40% compared with the same period last year, according to the organisation, while bookings from the US are up 32%. VisitBritain predicts that spending by overseas visitors will reach £24.1bn in 2017, up 8% on last year.

With such a diverse clientele currently shopping in London we will ensure our marketing strategy is tailored accordingly.

Andrew Marsden, a brand consultant and former marketing director of Britvic, sees signs that ‘Brand Britain’ remains strong and attractive to overseas consumers following Brexit. “We’re one of the biggest economies in the world and we’re famous for a massive number [of products and services] and in that sense, nothing has changed,” he says.

“We just have to do what we do best, which is build our brands and sell them, because there’s still a global demand for them.”

Sounding a note of caution, though, Annette King, CEO of advertising agency Ogilvy & Mather UK, warns British brands to keep an open mind as to how they operate and market themselves in the post-Brexit world. “I think some of the important principles for British brands as we go through changing, possibly turbulent times, are to stay progressive, positive and socially relevant,” she says.

“It’s a very fluid situation, so brands need to have a clear strategy but also be flexible as it plays out. Make sure you’re a brand that matters. Brands matter more than ever in surprising and changing times, because you need to be able trust them – regardless of where they are from.”

READ MORE: 60% of content created by brands is ‘just clutter’ 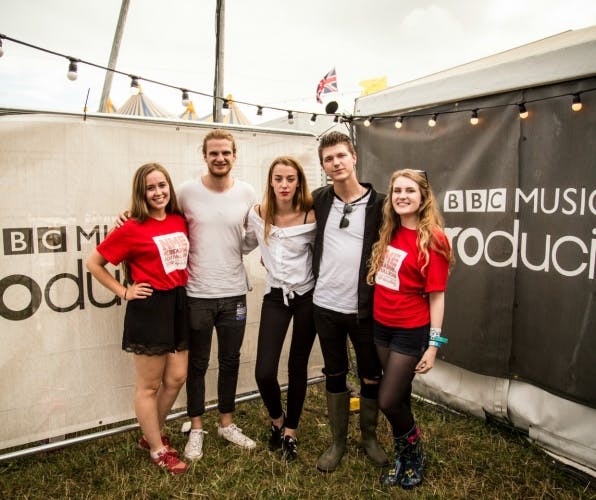 The high price tag of education, fierce competition within the sector and the Brexit vote have combined to mean universities need to work harder than ever to attract Gen Z students.