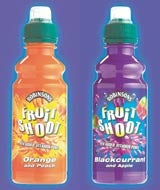 Britvic Soft Drinks is ending its relationship with HHCL/Red Cell and has put its £6m Robinsons account up for pitch, following a potential client conflict with Coca-Cola, which is also handled by the agency.

It is believed that Pepsi, which has a ten per cent stake in Britvic, pressed for the change.

Britvic category director Andrew Marsden says: “We have enjoyed a long and successful relationship with HHCL… however, given that the acquisition of HHCL by Red Cell has resulted in a conflict of interest within the agency, the time is right to look for a fresh approach.” Marsden will oversee the pitch , which is being handled by Agency Insights.

The move also opens up the possibility of HHCL/Red Cell working for Coca-Cola Great Britain, but the agency says that there has been no dialogue so far.

Britvic Soft Drinks is ending its relationship with HHCL/Red Cell and has put its £6m Robinsons account up for pitch, following a potential client conflict with Coca-Cola, which is also handled by the agency. HHCL &amp; Partners became part of WPP Group’s Red Cell network in January (MW January 9) and New York sister agency […]

After last week’s revelations of Westminster Council’s addictions to bad puns and confectionery, the Diary is delighted to bring you details of someone else who obviously takes the Diary as a role model – after all, conformity is the spice of life. The Diary is fed up of having to wait for people to drop […]

Caroline Parry is right to highlight the poor brand-building performance of white goods manufacturers (MW April 3). However, in a category populated by 71 brands and marques, where a healthy sector share is often a single-digit percentage, I would argue that brand focus is a necessity. If it is not achieved, retailers will retain the […]