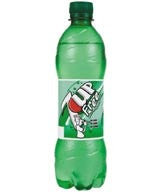 Britvic Soft Drinks is rebranding its 7UP Light fizzy drink as 7UP Free in response to Coca-Cola’s newly invigorated diet brands.

Coca-Cola is relaunching its Dr Pepper, Fanta, Lilt and Sprite “lite” and diet variants under the umbrella brand Z – standing for zero added sugar. The relaunched products will appear on shelves in mid-April (MW September 30, 2004).

The reformulated 7UP Free, also to be launched in mid-April, will be labelled as sugar-, colour- and caffeine-free. The brand will retain its Fido Dido cartoon character as its on-pack brand image. A spokesman says the change is in response to the growing concerns among parents about carbonated soft drinks being unhealthy.

The latest Britvic Soft Drinks Category Report shows overall sales value for the sector up one per cent and volume sales down two per cent for 2004 (AC Nielsen).

However, carbonate volume sales are down by a steeper margin as consumers begin to look for healthier alternatives. In the take-home sector, Coca-Cola Enterprises saw value and volume sales drop seven per cent and nine per cent respectively, with the Fanta brand falling 11 per cent. Britvic Soft Drinks saw take-home value and volume sales drop three per cent and four per cent respectively, but Tango dropped 19 per cent. The company is hoping to widen Tango’s appeal with the launch of Tango Clear next month, which is aimed at women and backed by a &£3.7m advertising campaign (MW February 17).