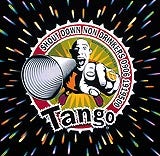 Britvic Soft Drinks is to invest more than &£20m in a category management scheme to target four specific markets.

The company, which markets soft drink brands such as Pepsi, 7-Up, Tango and Citrus Spring, as well as Robinsons and Britvic juices, is restructuring its entire operation into categories.

The last category will aim to sell soft drinks as exciting and value for money.

The company is expected to adjust its marketing to target these four groups. The scheme has been tested in retail chains and will now be rolled out nationally.

Britvic sales director Paul Moody says: “We believe ‘Right choice’, if universally adopted and fully implemented, could add up to three per cent market growth over the next five years, and deliver &£400m additional revenue a year.”

“Right choice” is also likely to spur a range of new products tailored to the four groups. The first – an adult premium cranberry soda called Ruby’s – is being launched next month.