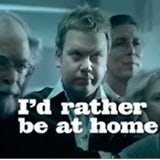 It was forced to change its marketing strategy in the wake of Carphone Warehouse’s announcement late last month and is now thought to be holding most of its marketing spend back. “We have clawed it back because we don’t want to get lost in the noise,” says the spokesman, citing the “huge amount” of competitor activity. “The money will be redeployed in different areas at different times.”

The London-based service, which offers bundles of digital TV, video-on-demand, telephony and broadband internet, has been caught in the crossfire of larger rivals that have the power to outspend it. A spokesman says Homechoice, owned by Video Networks Limited (VNL), would now “spend tactically” but refutes suggestions that the budget has been slashed.

BSkyB has been lauding its broadband offering since last year’s purchase of provider easyNet, while BT has announced a nationwide launch later this year of BT Vision, a digital TV bundle service. France Telecom has also publicly mooted its own broadband ambitions.

Homechoice’s annual marketing budget is undisclosed, although VNL is thought to have spent about &£10m on last year’s relaunch activity. VNL is working with Credit Suisse to raise funding to roll out the service or be sold with an estimated price tag of &£200m.