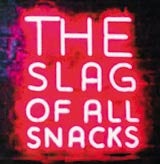 Speaking at the Advertising Association’s (AA) annual lunch this week, Ofcom chairman Lord Currie said: “The Communications Bill gives Ofcom a ‘mini-handbook’ of guidance on good regulatory principles. I welcome that and in particular welcome the duty we have to encourage effective self-regulation.”

Currently, TV ads are pre-vetted by the Broadcast Advertising Clearance Centre (BACC), which ensures that advertisers comply with the code laid down by the Independent Television Commission. There have, however, been several instances when the (statutory) ITC has over-ruled the (self-regulatory) BACC.

Last year, the ITC issued a rare public rebuke to the BACC, for clearing an advert for Microsoft’s Xbox game console, showing a boy ageing rapidly before collapsing into a grave.