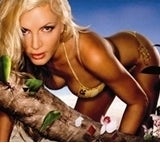 The gambling industry could spend a massive &£350m a year on broadcast advertising by the end of this decade after restrictions on television and radio commercials for betting companies are dropped, according to a leading gambling analyst.

Broadcast advertising will be opened up to gambling companies from September 2007 under the Gambling Act.

According to researchers Global Betting and Gaming Consultants (GBGC), if the industry operators, such as betting shops and internet gambling companies, spend about 5% of their turnover – some &£5bn a year – on advertising, this could amount to a media spend of over &£250m.

But with the launch of 17 new casinos under the Gambling Act and a further 60 planned under existing legislation, the figure could be significantly increased by the end of the decade.

Others sources estimate the annual broadcast advertising spend would be considerably lower, at about &£100m.

But GBGC partner Simon Halliday says: “I am confident it would be higher than &£100m if you assume 5% of revenues.” But he stresses that any estimate is a “finger in the wind”.

One advertising source predicts a “land grab” among gambling companies, and thinks many might be forced into expensive television campaigns for fear of losing out to rivals. He predicts it could be similar to the dot-com advertising boom of 2000.

But Universal McCann broadcast director Richard Oliver believes a &£100m spend would be a maximum. He says: “I wouldn’t imagine the spend is going to be massively high, but if somebody tests the water and does a good job, others will follow.”