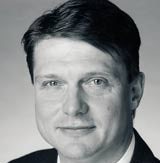 The TV industry has ruled out the prospect of a Television Advertising Bureau (TAB) for the foreseeable future, but is considering drawing up a mandate or checklist of things it needs to do to promote TV as a medium to advertisers.

Advertisers have been calling upon the broadcasters to set up a Television Advertising Bureau to market TV for some time.

But at last week’s TV United 2003 conference, the industry made it clear that it will not be rushing to set up a TAB while it is facing the possibility of structural change later this year when the Communications Bill becomes law and a ruling is given on the proposed merger of Carlton and Granada by the Competition Commission.

Instead, Channel 4 sales director Andy Barnes suggested that the sales houses and broadcasters sign up to a list of things the industry can do to sell TV to advertisers and their agencies. He said this could include joint programme presentations to TV buyers and advertisers, joint industry research, standardisation of industry systems and presentations on the power of TV.

Following on from the conference, ITV marketing and commercial director Jim Hytner says: “I support the idea in principle. I think it is the minimum that we should be looking at achieving.”

But he stresses that such a course of action would depend on the support of the rest of the players in the industry and says that the contents of any mandate would also be subject to discussion.

The Diary has always had a soft spot for supermarket chain Somerfield. After all, it rescued Kwik Save when no other company would – and where would the Diary be without its morning visit to the Liquor Save cider aisle? And where would Soho’s tramps be without a steady supply of Somerfield carriers in which […]

The International Rugby Players’ Association is considering a boycott of this autumn’s Rugby World Cup. It says players are not being rewarded for the use of their image rights. All rugby unions have decided to participate in the competition, despite initial concerns over the ban on sponsor logos.