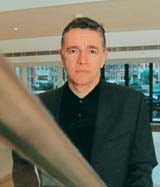 The merger, which has long been mooted, will result in a 4% reduction of the combined workforce of the two agencies. The new agency will be called Arc UK and will be led by Arc managing director Mike Spicer. Triangle managing director Diane Cawley will be Spicer’s deputy.

Haines says: “Triangle was only partly operating within the Leo Burnett group but by merging the two agencies we are now genuinely one group. The skill-sets of Arc and Triangle have become increasingly complementary.”

The creative departments of Leo Burnett and the new agency will be moved onto the same floor at the group’s Kensington Village headquarters so that they can work closely together.

Triangle and Arc have joined forces on a number of projects in the past and teamed up to win a place on the Post Office’s below-the-line roster last month (MW February 16).

Haines adds/ “The Post Office was attracted by Triangle’s retail experience, but wanted the critical mass and capabilities of Arc.”

He says Arc was chosen as the agency’s name for clarity purposes because it is the marketing services brand for Leo Burnett around the world.