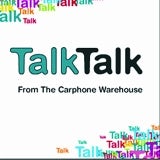 The act, made law in June, is to be reviewed at the high court to assess whether it conflicts with European Union legislation.

BT and TalkTalk made a legal challenge in July claiming that the rights of internet users were being infringed.

The Act, which contained some of the recommendations made by Lord Stephen Carter in his 2009 Digital Britain report, includes measures to force ISPs to suspend the service of repeat offenders and block file sharing sites.

Ofcom has outlined proposals requiring ISPs to monitor internet users who infringe copyright to enforce the Act. The broadcasting regulator plans to introduce the obligations next year.

It focused on ISPs with more than 400,000 subscribers, which would include BT, TalkTalk, Orange, O2, Sky and Virgin Media.

BT and TalkTalk are concerned that this will cause customers to switch to smaller ISPs to avoid detection.

TalkTalk says the act passed through parliament with insufficient debate, with only 6% of MPs attending the third reading of the bill before it was passed.

The company set up a campaign group, Don’t Disconnect Us, which attracted high profile support.