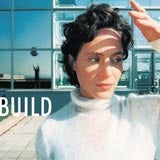 BT Ignite, the business-to-business division that accounts for almost a third of BT’s total revenue, and boasts a £30m marketing budget, has appointed its first marketing director.

Danny Garvey, former head of marketing at BT Ignite Solutions, takes up the post this week. His task is to turn BT Ignite’s sizeable losses into a profit. BT chief executive Ben Verwaayen says he will no longer support any part of BT Ignite that is not in the black by March 2003.

Garvey, who will report to BT Ignite board director Sally Davis, will head a team of 200 – with 80 marketers based outside the UK. BT Ignite operates in 43 countries.

Garvey’s role was previously split between several business units, each operating autonomously. Garvey says: “This industry has been through a period of disaggregation, but now it’s time to bring things together.”

BT Ignite’s agencies are “under review” – it currently uses BT roster agencies AMV.BBDO and St Luke’s – but Garvey says he has no immediate plans to begin a formal pitch. Despite its large budget, BT Ignite tends to restrict itself to press and posters, with some below-the-line activity.

Garvey hints that one of his first big marketing campaigns will see BT Ignite more closely aligned with the BT umbrella brand. “Things are going to be presented in a much more integrated way,” he says.

BT Ignite customers include The Halifax, Visa and Unilever.