BT Global Services is a provider of networked IT services to organisations ranging from multinational banks, retailers and pharmaceutical manufacturers to local businesses and government departments.

Regent joins BT on 1 November from AT&T where he has led the company’s business in Europe, the Middle-East and Africa since 2007, based in London.

Prior to that, Regent was global marketing VP for AT&T’s international operations after having worked in several senior staff positions in the company’s headquarters in the United States.

He joined AT&T from IBM in 1999 to lead sales operations in the Benelux region and became VP of global accounts in 2004.
Jeff Kelly, CEO BT Global Services, said: “Globally consistent, high-quality relationships with our customers mark us out from the competition. Every interaction matters: from the marketing our customers see, the strength of our sales relationships, the partners we work with, our responsiveness to new business opportunities and the quality of our proposals. Tom Regent has a wealth of experience in leading such efforts in a global environment.”

Tom Regent will lead BT Global Services teams addressing the needs of those customers in more than 170 countries.

BT in the UK has just named David James as marketing director of BT Retail. 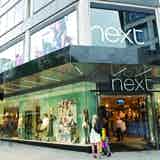 As Next announces its first-half results, retail marketing director Christine Gerrard talks about the prospects for Christmas trading, the London 2012 Olympic games, London Fashion Week and its new French-themed advertising campaign. MW – Recent reports have suggested Christmas could be particularly gloomy for retailers this year, what are your thoughts? CG – I think […] 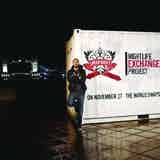 Smirnoff is launching a full-integrated and interactive global campaign under the banner ’The Smirnoff Nightlife Exchange Project’, spearheaded in the UK by radio personality Zane Lowe.