Wangen-Jones, who has been at BT since May 2009, is understood to be taking charge of account management for international clients handled by the WPP-owned agency. This could include HSBC and Shell, amongst others.

At BT, she was responbsible folr agency relationships across the BT Group and oversaw strategy for sponorship activities such as England 2018 and London 2012.

She has extensive agency experience. Before joining BT, she was worldwide managing director of Saatchi & Saatchi Blue between July 2008 and February 2009. Her responsiblities included leading the change towards sustainable practices across Saatchi & Saatchi worldwide.

Prior to this, she had various roles within a decade-long spell at Saatchi & Saatchi, where she worked on and managed accounts including Olay Cosmetics, Sony Electronics, Procter & Gamble’s (P&G) Ariel and Comet Electricals.

She started her career with Leo Burnett, working in the USA and Mexico on its P&G work between 1990 and 1999, after completing an MBA in marketing at University of North Carolina at Chapel Hill – Kenan-Flagler Business School.

Wangen-Jones leaves BT as Tom Regent joins as president of global sales and marketing for BT Global Services. Regent joins BT on 1 November from AT&T where he has led the company’s business in Europe, the Middle-East and Africa since 2007, based in London.

Prior to that, Regent was global marketing VP for AT&T’s international operations after having worked in several senior staff positions in the company’s headquarters in the United States. 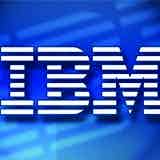 Forewarned is forearmed when it comes to customer retention, according to Martijn Wiertz, manager of industry solutions at IBMBusiness Analytics. Speaking at the Marketing Week Customer Retention Summit, Wiertz, highlighted the importance of predictive analytics for building a pre-emptive retention strategy into a business. Here are his top tips for boosting retention: Apply predictive analytics […]

Funky’ new i receives positive reception, but there are worries over cover price. 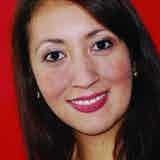