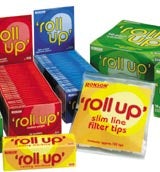 Cigarette lighter and papers maker Ronson has appointed ex-BT marketer John O’Sullivan as its general manager in a bid to revive the fortunes of the troubled company.

O’Sullivan will control all of the company’s sales and marketing functions, and will head a revamped management team at Ronson (MW May 20).

O’Sullivan will also aim to expand the marketing team over the next year, but has yet to decide what positions he will create.

O’Sullivan has previously held a number of positions at BT, including head of marketing for its retail operation, before managing the e-commerce activities for premium brands such as Hamleys and Links of London as well as Compaq.

O’Sullivan joins at a difficult time for Ronson, which has seen its sales suffer in the UK and its shares delisted from the stock exchange last year.

O’Sullivan admits the company has been “punching below its weight”. He adds: “My first task will be to stabilise the operations at Ronson and create a marketing plan for the next two years.”

He says the company wants to build on its brand heritage with merchandising and new product development.

O’Sullivan also intends to look at its advertising later this year. The company is without an ad agency.