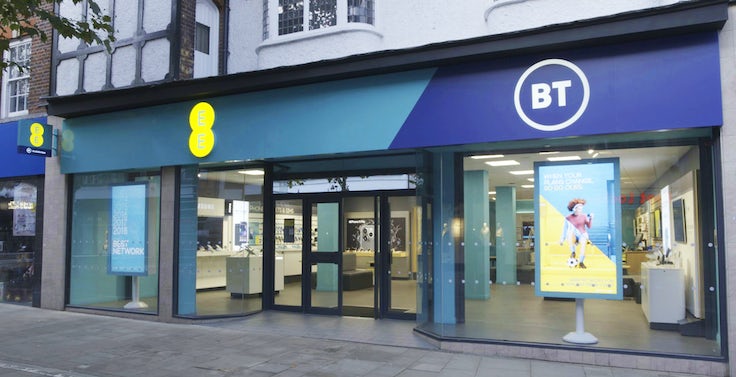 BT is returning to the British high street for the first time in 25 years as part of plans to overhaul perceptions of the brand through a focus on new products and improved customer service, as well as a new brand purpose and identity.

The telecoms giant plans to transform EE stores with BT co-branding and introduce help desks and services across its broadband and mobile ranges. The aim is to offer local access to experts that can help consumers and small business customers with issues ranging from getting online for the first time to building a smart home network.

This is part of a broader strategy to improve customer service by bringing it closer to local communities. BT is introducing a team of 900 home tech experts and bringing forward plans to answer all customer calls in the UK and Ireland to January 2020.

This is accompanied by new products and investment in its network, as well as addressing the digital skills gap through plans to launch a training programme for 10 million people, schools and businesses.

The strategy is underpinned by a new brand purpose and identity for BT – Beyond Limits – that will be both a communications platform for the company and an internal rallying call. A major marketing campaign is set to launch next week (18 October) that will talk not just to the products and services BT offers, but the societal and national impact it has.

Most important is for us to stand for something and for that to resonate with people because at the moment we stand for nothing.

Speaking exclusively to Marketing Week, BT’s director of marketing communications Peter Jeavons describes the marketing campaign as a chance to move BT beyond being just a broadband and telephony company. It will look to highlight areas such as its work in digital skills, apprenticeships and security that “nobody knows we do”.

“What we want to do is step out of that eclipse and start to play a much bigger role, both from a national and societal perspective, and also on an individual products and services point of view,” he explains.

“What we’ve done is find all the amazing things we do, that if I’m honest even I didn’t know we did, but when we started to talk to consumers about them, they were like ‘that’s amazing’.”

Jeavons admits that consumer perceptions of BT are “not in a great place” despite people’s affinity for a brand they have grown up with. He describes a brand that “stands for nothing” and is seen by consumers as a “faceless entity”, as well as advertising that doesn’t cut-through.

“Most important is for us to stand for something and for that to resonate with people because at the moment we stand for nothing. When you look at our brand attributes, at things like ‘technology’, ‘trust’, ‘price’ and ‘service’ we are a fairly nondescript blob in the middle that doesn’t particularly spike in any of those things. Trying to create a purpose for BT that people get is the ultimate goal,” he says.

However, he believes there is a real desire from consumers for BT to be a brand that does something. “People have grown up with BT and it’s played such an important role in their lives… there’s a real want for it to do something. And at the minute we don’t do anything, we’re quite a passive entity.”

The upcoming campaign will be “more than comms”, with BT seeing it as a platform that can rally not just consumers but the organisation as well. He admits BT can be “confusing” for staff, but hopes the Beyond Limits positioning can give its 107,000 employees “a reason to get out of bed every day”.

“You can’t effect change externally unless you change this place internally. Getting people to think differently and see this as different will be the only way we can change externally what customers think about us,” he explains.

“Otherwise you have a discrepancy between what customers see about you, versus how you operate internally, and then you are setting yourself up for a fall, because the things you want to be able to communicate as proof points of you as a brand don’t exist because that’s not how people think internally.

“The propositions are genuine proof points for what we are trying to do. When you’ve got the two things coming together – the internal mindset creating proof points that live up to the brand expectations – that’s where you get this sweet spot.”

BT’s recent sponsorship of the England, Wales, Scotland and Irish football associations is another example of this. Rather than a simple badging exercise, the company is using the partnership to play more of a role in communities. It will be offering 200 grassroots football clubs the opportunity to get connected, and their players and volunteers the chance to gain digital skills, as well as working to remove the barriers to more people playing the women’s and disabled games.

“This is not stuff BT has ever done before,” says Jeavons. “It’s never played an active, positive role in communities. This is about how we can make a difference to communities and people using football as a vehicle to do that.”

The reintroduction of BT to the high street is also part of making the brand part of local communities. While BT isn’t expecting people to start buying broadband packages in-store, it believes stores offer an opportunity to sell products such as TV packages, as well as offering service and support.

It will also help to bring the EE and BT brands closer together in consumers’ minds after BT bought the mobile operator five years ago. Jeavons describes awareness of the fact the two are part of the same group as “low”, but sees synergies due to their “leadership and premium positionings”.

“Stores are another way people can interact with the brand. That’s important because BT is anonymous these days. Because phone boxes aren’t around, there aren’t vans driving around with the BT logo [Openreach vans no longer have a BT logo], the brand is diminishing in terms of its presence. Having it loud and proud on the high street is great for the brand,” he concludes.

“It will start to feel more human and personal. It’s a very faceless entity and [we need to bring] more personality and personability.” 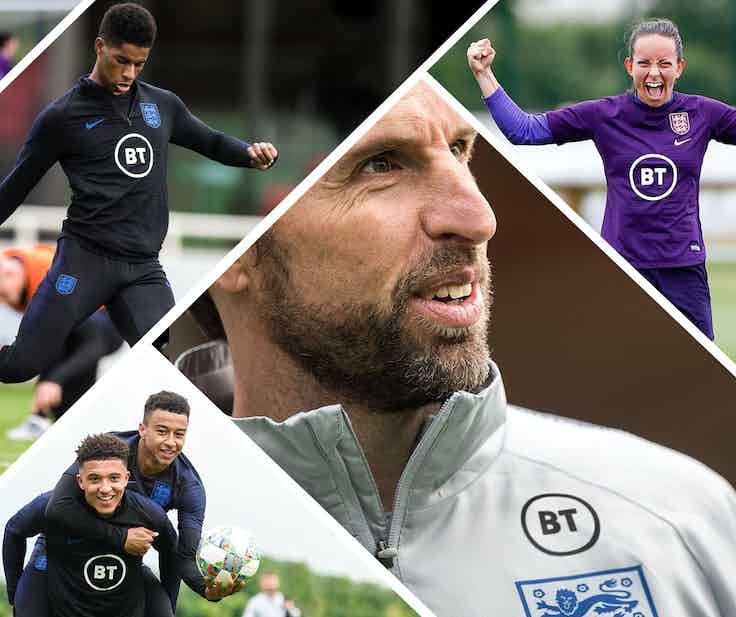 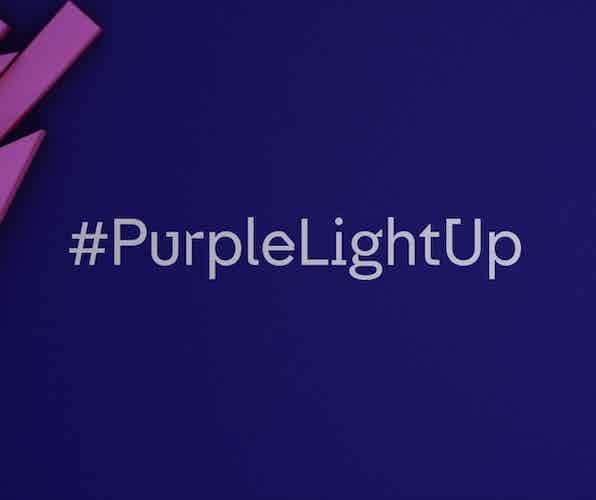 Employees from BT, HSBC UK, Lloyds Banking Group, Lloyd’s of London, Nationwide, Reed Smith, Scope and Virgin Media will appear in a Channel 4 film aimed at raising awareness of the #PurpleUpLight movement, which celebrates the economic contribution made by disabled people.