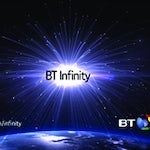 The campaign will market BT’s Infinity fibre optic broadband offering and will run before films such as Eat, Pray, Love, featuring Julian Roberts, and Will Ferrell’s The Other Guys.

The telecoms company has worked with sales house Digital Cinema Media (DCM) and media agency Maxus to develop the campaign, which will target cinemas in specific postcodes.

The campaign, crated by AMV.BBDO, launches on Friday (27 August) and will run alongside activity on TV and online.

Jeremy Playle, DCM sales director, says: ’Targeting specific postcodes is an excellent way for BT to determine the success of an ad campaign in the cinema and shows the flexibility of cinema as an advertising medium. We hope this is BT’s return to cinema long-term.’

The first campaign for Infinity broke in March this year and included a media wall at Oxford Circus tube station with exclusive use of all cross track posters on the Bakerloo line.