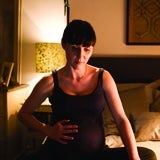 The latest ad features a heavily pregnant Jane who goes into early labour, meaning the couple have no time to plan their wedding, leaving the nation to decide what happens next.

BT is encouraging the public to vote on the next stage of the campaign on a dedicated Facebook page, with the option receiving the most votes being turned into the creative for the final advert of the series in April.

The telecoms company will also select two voters to play the part of wedding guests in the advert.

In August 1.6 million people voted for the outcome of this month’s advert, deciding that Jane would be expecting a child.

Click here to read the cover feature: Is your brand ready for some home truths?Click here to read about marketing and nostalgiaClick here to find out how tech brands are making themselves family friendly Highlighting real family relationships over the stereotypical portrait of mother, father and two children allows brands to be broader in their […] 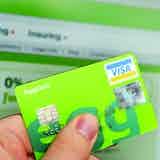 Citigroup says the Egg brand will stay despite selling more than one million credit cards accounts that used the name.