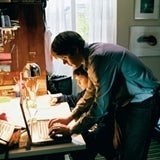 BT is understood to be developing a line of handsets called jelly phones because of their resemblance to jelly baby sweets.

The telecoms giant has trademarked the words “Jelly Family” and a spokesman admits it has produced a prototype model. However, it is not clear where the phones will sit in the company’s portfolio.

It is possible that the handsets will be used for its hybrid Fusion service, which was launched last year. Fusion phones are linked wirelessly to a base station and behave like conventional fixed-line cordless phones but outside they automatically turn into a mobile phone, charging full mobile rates.

However, at present, Fusion only operates on one network (Vodafone) and uses one handset manufacturer (Motorola). BT is thought to be adding about 2,000 customers a week to its Fusion service.

The jelly handsets could also be used for BT’s own “virtual” mobile service, which uses the Vodafone network. A spokesman says the company has been working on the jelly range for a number of months but adds there are no details of launch plans yet. BT scrapped its “More power to you” strapline earlier this month and replaced it with “Bringing it all together” (MW last week). The new line was originally used for Rainey Kelly Campbell Roalfe/Y&amp;R’s business campaign, but is now also being used on Abbott Mead Vickers.BBDO’s consumer campaign that features actor Kris Marshall.