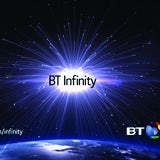 According to a Financial Times interview with head of BT Wholesale Sally Davis, the telecoms company is to launch a wholesale product to broadband providers called Content Connect.

This will allow ISPs to provide users with more reliable access to content that requires higher bandwidth, such as video.

The move could see broadband providers charging content companies for the better distribution of their content and goes against arguments for net neutrality, the idea that all web traffic should be treated the same.

Some ISPs have been arguing for the two-tier system as certain websites, such as YouTube and BBC iPlayer, get such a large amount of traffic.

The announcement comes just over a month after communications minister Ed Vaizey dismissed the need for net neutrality in the UK, saying broadband providers could favour broadcasters and media companies if they pay.