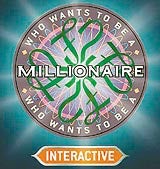 BT has signed up to sponsor an interactive version of Who Wants to Be A Millionaire?, due to be broadcast on ITV1 for the first time on the digital-satellite platform following a deal between ITV and British Sky Broadcasting.

ITV and BSkyB are understood to have agreed a deal that enables ITV1 to broadcast enhanced programming content to 6.3 million homes served by Sky Digital, and paves the way for interactive TV advertising on the digital-satellite platform.

Following the deal, ITV1 is expected to begin broadcasting an interactive version of Who Wants to Be A Millionaire?, which allows viewers to play the quiz simultaneously alongside the contestants in the studio. The interactive service, to be branded “powered by BT”, also allows participants to monitor their progress against other viewers and to enter a prize draw for cameras, stereos and BT-branded walkie-talkies. BT’s 12-month sponsorship deal was struck with Carlton.

Grant Millar, head of media at BT, says there is a “unique synergy” between the interactive version of Who Wants to Be A Millionaire? and BT’s marketing strategy based around “connections provided by technology”.

Last year, an interactive version of the show was broadcast on ITV2 to ITV Digital’s 1 million subscribers.