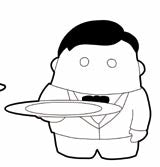 BT Yahoo! is launching a new online identity and microsite to promote its broadband service, which will debut in a series of online ads across the Yahoo! network, starting next week.

The Island Paradise microsite is hosted by two “concierge” characters, who are supposed to represent the brand values of BT and Yahoo!. They will explain broadband to site visitors and demonstrate product features.

According to Ben Clapp, creative director at Tribal DDB, the interactive agency which won the BT Yahoo! account in March, the two characters are subtly different, with BT being “well-equipped, organised and smartly turned out”, while Yahoo! is “more laid-back, intelligent but fun”.

Tribal DDB head of planning Matt Dyke says a series of focus groups revealed that broadband purchase is as much an emotional decision as a price-led one, and the main barrier to purchase is anxiety brought on by product confusion, further complicated by competitive advertising and the ongoing price war. Dyke adds that, although many consumers see the advantage of broadband, take-up is often delayed “due to the perceived hassle of choosing a provider and getting set up”.

The Open University is on the hunt for an ad agency in preparation for a relaunch later this year. Integrated agency DP&A currently handles the OU’s advertising.

Dior, the luxury goods brand, has signed actress Charlize Theron as the face of its fragrance J’Adore. She will star in a £2m campaign for the brand and is the first celebrity to be signed by Dior.