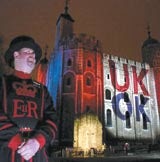 Director of marketing services Keith Beecham is leaving at the end of August. No decision about a replacement is likely to be made until new BTA chief executive Tom Wright takes up his post on August 1 (MW April 18).

Wright, who joins from Saga Holidays where he was managing director, has a marketing background and is likely to be in charge of the appointment of any high-level marketer.

Beecham oversaw the UK:OK campaign when it launched in January. The campaign was created by Abbott Mead Vickers.BBDO and was formulated by a project team headed by tourism consultant Tom Buncle. The BTA says the initiative was a one-off reassurance campaign in response to the drop in tourism following September 11.

The campaign and its slogan was criticised by the media observers at its launch, but the BTA maintains it has been successful overseas and it is continuing in the form of an “invite friends and family from overseas” direct marketing campaign.

A spokeswoman says that Beecham’s departure was not linked to the UK:OK campaign.

“Clutter,” I hear you mutter. Ads are everywhere and consumers are becoming disillusioned. Big brands are getting more and more frustrated at receiving very little return for the millions they splash out every year on advertising. This might be about to change. While digging through some discarded memos in a bin near Granada Television’s offices, […]

The Government cannot achieve its aim of a better society on its own. Advances will only come if it forms a coalition with big business, argues George Pitcher

Vauxhall has drafted in Hollywood actor Ed Harris to star in advertising for the new Vectra. The ads, which will be shown tomorrow (Thursday), aim to show how different the new Vectra model is to its predecessor. The ads take as a theme a court-room drama, with Harris playing the role of an American lawyer […]