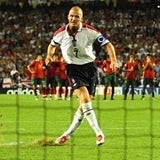 Advertisers and agencies are bemoaning a peculiar period in the industry’s economy. Clients are cutting budgets, traditional media are stymied and the burgeoning digital market is distorting the picture.

The marketing services sector is still growing, but slowly, according to experts. Meanwhile, consumer and client confidence is low, despite a strong stock market and steady interest rates. David Pattison, chief executive of PHD Group, and president of the Institute of Practitioners in Advertising (IPA), says: “There is still some growth in the market, but we are not growing as quickly as others. It wouldn’t take a lot for that growth to stop.”

Last month’s quarter one IPA Bellwether Report found that, for the sixth quarter in a row, traditional media budgets dropped, while internet advertising was the only medium to have increased budgets. Just 22.7% of marketing budgets were revised upwards, the weakest figure since 2002, with the IPA commenting that budget setting for 2006/07 was “subdued” in comparison to previous years.

The figures led Sir Martin Sorrell, chief executive of WPP Group, to say: “The UK remains one of the weakest geographical markets at the moment.” New media and technologies continued to grow rapidly as clients “questioned the value” of traditional media, he added.

Meanwhile, the advertising bounty expected during the football World Cup next month appears doubtful, with media buyers predicting ITV’s revenue will remain flat. One buyer says: “ITV paid a lot of money for that property and this is the first time it will fail to reap rewards.” Other television networks are equally feeling the pinch, he predicted, along with radio and newspapers. For example, Trinity Mirror revealed earlier this month that it had seen group advertising revenue for the first four months of the year drop by 11.8% on a like-for-like basis.

But Pattison maintains that: “This is a period of fragile optimism. It is not all doom and gloom. The growth areas are growing very quickly, and internet advertising and direct marketing are doing very well. We are not sitting here looking at a decline, and even with inflation there is small growth. But it is not uniform.”

He says part of the problem lies in clients moving money away from mainstream TV, but failing to spend the total of that saving elsewhere, which he finds “concerning”. Pattison states: “I do think that analysts should be asking the question of clients as to why they’re cutting spends.” He points to Marks &amp; Spencer increasing its marketing budget and subsequently reaping sales rewards.

In response, David Forster, director of IBIS Capital, says: “It seems to be one of those periods where advertising is inconsistent with trends in the market.” He says the two traditional drivers of advertising – consumer spend on the high street and corporate profits – are slightly at odds, although there still exists a stronger than expected housing market, and consumers are still spending on leisure activities.

“There could be tougher times around the corner. Companies are becoming more cautious about how things will look through the year,” says Forster. “Another factor is a structural, disruptive change in the [rise of digital] media. The effect is more confusion in the marketplace than at any time I can think of.”

However, he believes, there is still frantic marketing services consolidation at a corporate level, showing that the industry is still essentially in good shape.