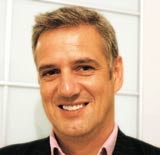 Budweiser Budvar chief executive John Harley has left the company after three years, without a job to go to.

Harley joined the Czech lager company as marketing director in early 2002, and proceeded to raise the stakes in the company’s tussle with the US Budweiser brand, owned by Anheuser-Busch. The companies have a long history of legal wrangling over the use of the Budweiser name, and the UK is one of the few countries where the two both use it.

To capitalise on the brand’s status in the UK, Harley was responsible for the launch of a strong Czech lager with the word “Bud” emblazoned in big letters on the label. Bud Premier Select, a 7.6 per cent alcohol-by-volume lager, was launched two years ago aimed at a slightly older market than typical Budvar drinkers.

He was also behind the launch of black beer Budweiser Budvar Black Lager, a traditional Czech product aimed at those who primarily consume imported beer.

Harley is the chairman of the National Organisation for Imported Beers, a trade body he helped set up to market and promote imported lagers (MW August 19, 2004).

Despite enjoying a record year for advertising expenditure in 2004, cinema still has a number of important issues to address before it convinces advertisers of its worth. By Branwell Johnson

Euro RSCG has created a television and press campaign to support Jacob’s healthier cracker range, Essentials. The ads, which break this week, aim to raise awareness of and encourage trial of the range.