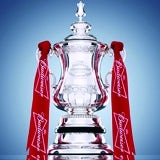 The AB-Inbev-owned brand has confirmed it will sponsor the FA Cup, which will be known as The FA Cup sponsored by Budweiser for the duration of the three-year deal.

Budweiser brand chiefs aim to build on the sales boost backing of last year’s World Cup gave it in the UK. The millions invested in promoting the brand’s “official beer” status helped lift beer sales by 3.4% in the UK in 2010, while the company’s share of the UK market improved both on and off trade.

Speaking at an event to announce the partnership in London today (16 June), AB-Inbev’s chief marketing officer Chris Burggraeve, said that the World Cup had seen the UK “embrace” a brand that had previously been seen by many as all-American.

Burggraeve, however, says Budweiser is not a US brand but does share the “can do sprit” of many in the US, brand values that fit well with a tournament that provides smaller clubs the opportunity to compete with larger ones.

He adds: “The Budweiser brand is about celebration and optimism, the FA Cup is about opportunity. They are both icons with a rich history”.

The FA is hoping Budweiser’s global reach will help grow international awareness and audiences for the 130-year-old tournament.

Alex Horne, FA general secretary, says: “Given the global reach of this sponsorship, we will see The FA Cup promoted around the world like never before, which is great for the fans and the players.”

An “exciting programme” of marketing activity will push the partnership in the UK and abroad, according to a statement. Additionally, Budweiser says it has committed some of its marketing budget to promote responsible drinking at grounds.

Budweiser replaced Eon as lead partner. The value of the deal was not disclosed.