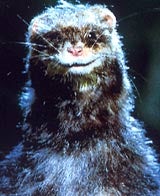 Lousada has left the company after a management restructure. It is not known if he has a job to go to. A spokeswoman would not comment on the reasons for his departure.

Bebe, who was previously marketing manager on the flagship Budweiser lager brand, will now oversee marketing for Bud Light, Bud Ice and Michelob as well.

Bebe, who was previously a brand manager for Dairylea at Kraft Jacobs Suchard and has worked on Bell’s Whisky at United Distillers, will report to European vice-president and managing director Andrew Day.

Richard Robertson, who has been at the company for seven years, becomes sales director for Anheuser-Busch UK as part of the management restructuring. He was previously regional director of developing markets.

The company is looking for a second ad agency to work alongside BMP DDB on its &£15m UK Budweiser account.

Budweiser has just launched a UK-specific website, created by Circle.com, to back its new “Whassup” ad campaign, through DDB Worldwide (MW September 14).