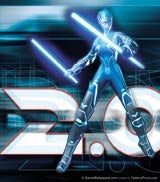 Buena Vista Games, the interactive entertainment arm of the Walt Disney Company, has appointed Lego marketer Sean Ratcliffe as its director of European marketing to spearhead its expansion onto the continent.

Ratcliffe will report to vice-president and managing director for Europe, the Middle East and Asia Thierry Braille and will be responsible for overseeing advertising campaigns to support the company’s upcoming high-profile games launches.

Ratcliffe joins from Lego Interactive, where he was global brand director. Prior to that, he was franchise development director at Electronic Arts (EA) and was European marketing director for EA Sports.

Ratcliffe left EA briefly in 2000 to become European vice-president of marketing at Virgin Interactive, but returned after just six months as franchise development director, where he was involved with the launch of the Harry Potter games.

Buena Vista Games is expanding its global presence and has also appointed Ed Bainbridge and Michael Jacob as director of European production and executive producer respectively.