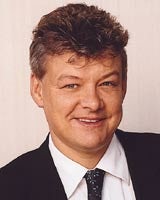 In his new role, Eggleton will have worldwide responsibility for all of its brands, and a seat on the main board.

Charles Wells’ commercial director Nigel McNally says the brewer plans to increase the ad budget for Red Stripe significantly and bring UK advertising in line with the rest of the world. Agencies will be reviewed immediately. It is thought unlikely that incumbent TBWA/London will repitch, as it is also the incumbent for Bulmers’ advertising and is a Scottish Courage roster agency.

Bulmer’s figures, released this week, show RTD brands were a major factor in Bulmers’ 26 per cent drop in pre-tax, pre-exceptional profits, to £21.1m from £28.6m for the year ending April 2002.

Bulmers new RTD Bambao, which has a Brazilian theme, is on trial in selected UK markets (MW April 25). Bulmers claims Bambao is performing well, but another, as yet unnamed, product launch – thought to be a revolutionary widget-based mixer called Storm – is still delayed.

GlaxoSmithKline (GSK), which owns Lucozade, has complained to the Advertising Standards Authority (ASA) challenging Coca-Cola Great Britain’s claims about its rival Powerade drink in press and leaflet advertising. The ASA has not upheld the complaint against the ads, which were created by Wieden &amp; Kennedy. Coca-Cola relaunched Powerade last year, in an attempt to muscle […]

Haulage and courier company DHL is tipped to appoint Ogilvy & Mather and Mediaedge:CIA to handle its Â£40m global advertising and media business.