Inflation might have dipped marginally this week but with the extravagance of Christmas over and the cost of living still a major concern, consumer confidence remains in a perilous position.

After a slight uptick in December, the latest GfK Consumer Confidence Index reveals a headline score of -45, three points below last month and one point lower than November.

The major purchase index, an indication of people’s likelihood to buy big ticket items and one of the five key measures that make up the overall score, has fallen by six points to -40.

Meanwhile, consumers’ view of the general economic situation over the past year has dropped by five points to -71, and people’s outlook for the economy over the coming year has fallen one point to -54. 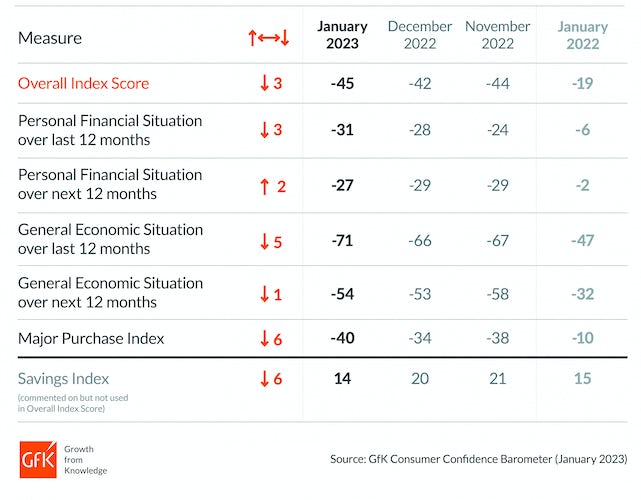 “You have to go back to the financial crisis period October 2008 to July 2009 to find worse scores on the economy,” Joe Staton, GfK’s client strategy director tells Marketing Week.

Consumers’ view of their personal financial situation over the past 12 months also declined by three points to -31.

The only measure to increase in January is people’s expectation for their personal finances over the coming year, which increased by two points to -27. However, this is still 25 points lower than the same time last year.

“With inflation continuing to swallow up pay rises, and the prospect of some shocking energy bills landing soon, the forecast for consumer confidence this year is not looking good. One thing we can be sure of is that 2023 promises to be a bumpy ride,” says Staton. 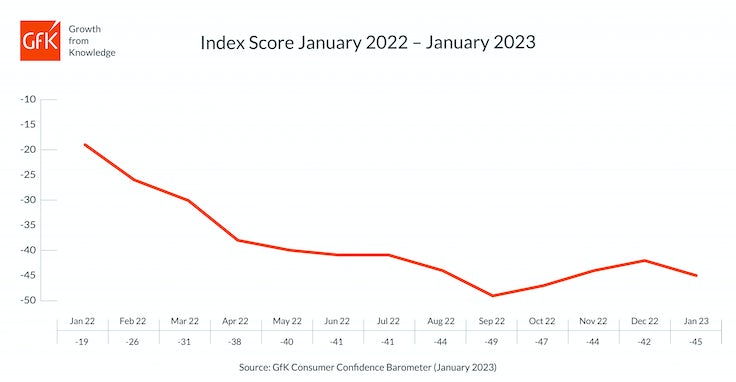 But despite the gloomy outlook he says brands should not be looking to dial down marketing.

“In times of high inflation, such as many countries around the world are seeing now, brands depend more than ever on their marketing teams to understand their consumers and to come up with well-informed recommendations on how to adapt marketing strategies,” he adds.

“Marketers have to be right in the front line of that fight back; they have to be centre stage. It’s marketing nous that can lead the way when it comes to finding the right formula to address all the current challenges.”

Supermarkets have reported strong Christmas results despite economic headwinds, but analysts say for the traditional grocers, this good fortune is unlikely to last. 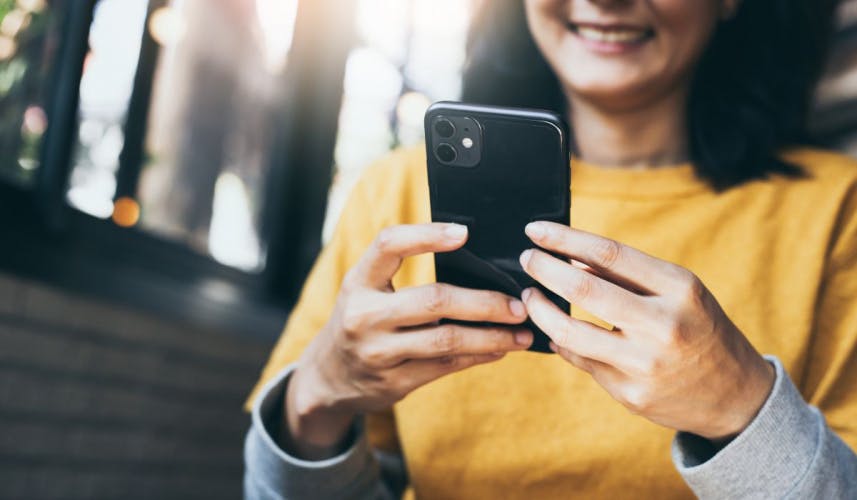 As marketing WhatsApp communities grow in prominence, why are so many marketers turning to peer-to-peer groups for support? 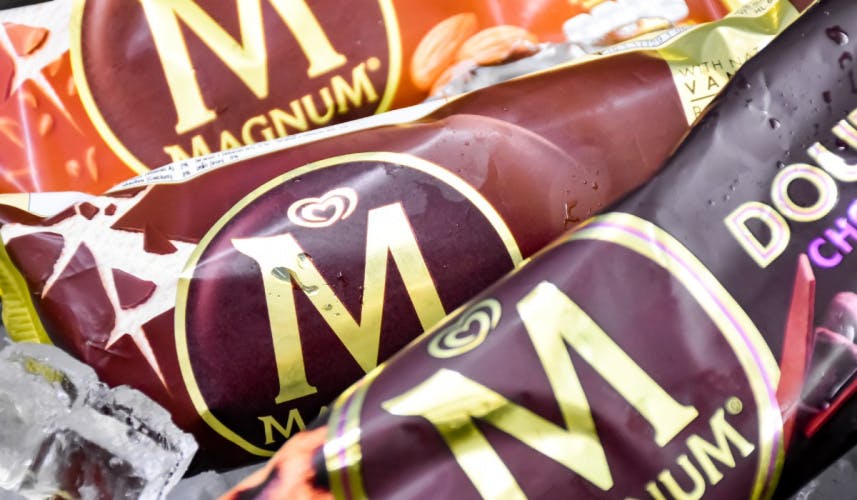