Kisses.Burberry.com lets Google Chrome and mobile users share “kisses” via a desktop camera or touchscreen device which they can then personalise, by adding a Burberry Beauty lip colour for example, before sending to the intended recipient.

The “journey” of each kiss is then “brought to life” via a 3D animation using Google Earth and Streetview products to chart its progress which is then displayed to the recipient. These journeys can then be shared via Google+ (see video).

Kisses.Burberry.com, which launches today (12 June), will also host an interactive map of each kiss sent, which will update in real-time to reveal which cities are sending the most kisses.

Christopher Bailey, Burberry chief creative officer, says: “Burberry Kisses began with the idea of giving technology a bit of heart and soul, and using it to unite the Burberry family across the world – by telling a story that makes the digital personal.”

The tie-up is the latest in the luxury fashion brand’s efforts to embrace technology, which include deep digital integration into its flagship Regent Street store in London, which regularly streams bespoke digital content to screens in-store using RFID tags.

In February, Burberry also launched its Runway Made to Order initiative, which let customers purchase and personalise the next season’s lines as they were publicly debuted at fashion shows.

Last year, Burberry chief executive Angela Ahrendts explained the brand plans to make its marketing “mobile first” and ensure all its physical activity across the business is mobile-connected.

Independent retailers do indeed face some harsh realities, so why not get brands to sponsor the ailing high street? 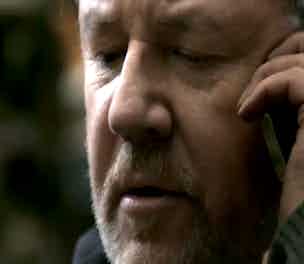