The British fashion house said the increase pushed sales up to £928m for the six months to 31 March following investments in its “innovative” marketing and customer service. Retail sales now account for 70 per cent of group revenue, with all five of its product divisions delivering double-digit growth in the period.

Marketing efforts helped spur total revenue for the business to £1.3bn, a 19 per cent increase on the previous six months. The growth picks up where Burberry’s festive quarter left off, which saw it post a 14 per cent hike in sales.

Burberry is planning to launch between 20 to 25 stores to accelerate the upswing, while closing up to 20. Openings will focus on its flagship markets such as London and China as well as in travel retail where the brand can gain greater access to luxury consumers. It expects the new retail space to contribute a “mid single digit” percentage sales lift over the next six months.

The fashion firm also hailed the ongoing success of its “Brit Rhythm” marketing campaign, which helped boost festive revenues, for having a “halo effect” across the brand in 2014.

Burberry is likely to ramp up support for the campaign in the coming months alongside expanding its digital and ecommerce activity, following the decision to increase marketing spend. The business revealed in December it has already switched a “larger percentage” of its marketing into digital after striking the “right balance” between its retail efforts.

Angela Ahrendts, outgoing chief executive of Burberry, said: “With the management transition well underway, Burberry begins a new year with beauty firmly established as the fifth product division and investment in its flagship markets, such as Shanghai, further increasing the brand’s appeal to the core luxury customer at home and when travelling.

“While current rates are a material headwind in what remains an uncertain macro environment, our continued global momentum provides and excellent foundation for the future.”

Ahrendts is set to leave Burberry for Apple in the spring, taking up the newly created role of senior vice president of retail and online stores. Burberry’s chief creative officer Christopher Bailey will replace her as CEO. 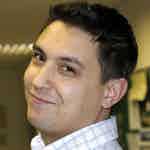 Advertisement feature Getting the right message to the right person at the right time is becoming a reality, which R-cubed’s Daniel Guest says is just as well because for many the right time means right now. 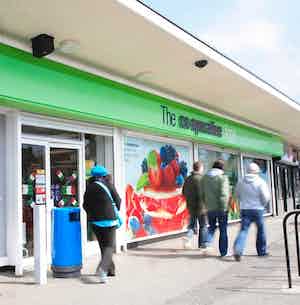