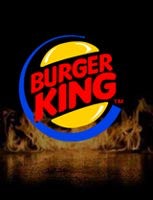 Burger King has parachuted in a US WPP Group agency chief, John Valentine, to lead a six-month, brand-strategy review ahead of a “relaunch” in the UK.

Valentine is the chairman and founder of VML, which is Burger King’s interactive agency of record in the US. He takes up his role this week and will report to the company’s president, Andre Lacroix, and global chief marketing officer and executive vice-president Chris Clouser.

Clouser says: “We are building momentum in the US market and we believe we will be equally successful in relaunching the Burger King brand in the UK.”

However, Burger King’s UK headquarters is playing down the significance of Valentine’s arrival. A spokesman says the company has already started its relaunch in the UK by focusing on its “hero” products such as the Whopper.

He adds that there are no plans to review advertising or to make any changes to the UK marketing department. Last August, however, Lowe’s tenure on the Burger King account – which it has held since 1997 – was threatened after the company arranged exploratory talks with other agencies (MW August 2, 2001). Lowe eventually retained the business.

ITV has attracted the equivalent of Â£20m from more than 30 advertisers that have created campaigns specifically for the World Cup.

Last year’s Budd Report paved the way for UK casinos to enter the domestic online gambling market. However, Government procrastination has left the door open to competition from overseas operators.